In our second part of our three-part series, we take a look at Annie Jump Cannon, a pioneering woman who was responsible for cataloging thousands of stars.

Annie Jump Cannon was born December 11, 1863, in Dover, Delaware (she died in Massachusetts in 1941). This remarkable woman studied physics and astronomy at Wellesley College. After she graduated she went on to work at Harvard Observatory.

Today Cannon is considered a trailblazer for women in science, as she discovered hundreds of variable stars and also devised a unique system of classification that later became the universal standard of this study.

Annie’s father, Wilson Cannon, was a state senator, but it was her mother, Mary Jump, that ignited Annie’s interest in the constellations; she and her mother would study these star formations when Annie was just a youngster. This intense interest started her on the path of study and later her career in the field of astronomy. 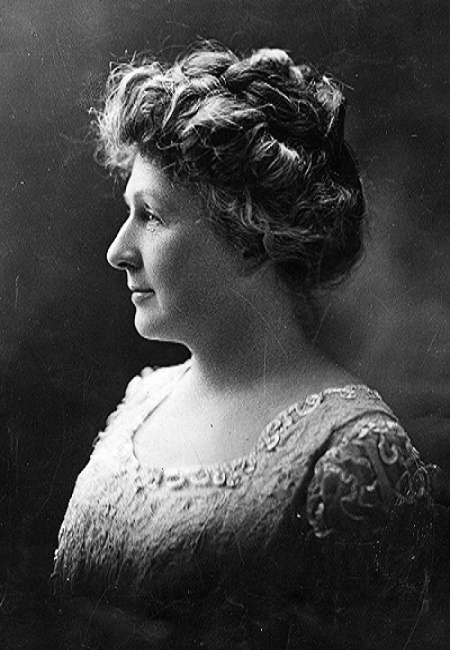 A Part of Pickering’s Computer “Harem”

Cannon went on in 1896 to work under E.C. Pickering, as an assistant to the staff at Harvard Observatory (later to be coined as Pickering’s Harem). She was part of a group of women that worked to observe, document and classify stars. Her role in this large-scale project was to study bright southern hemisphere stars.

Throughout Cannon’s work she realized the conventional systems of classification to be ineffective for her purposes. So she combined two known models to create her own spectral division. These simplified the stars into classes; O, B, A, F, G, K, M ( “Oh, Be A Fine Girl–Kiss Me!”). The system worked out so well, it later went on to be adopted as the universal standard which was utilized by astronomers for generations.

Known for her diligence and skill, as well as her enthusiasm and patience, Cannon was responsible for classifying more than 225,000 stars. In addition, her work was published between 1881 and 1924 in the Henry Draper Catalogue over the course of nine volumes.

In 1911, Cannon became the curator of astronomical photographs at Harvard Observatory, working at an astounding efficiency. In fact, she was able to classify up to three stars a minute and by the 1920’s, she was cataloging several hundred thousand stars to the 11th magnitude. She even discovered 300 variable stars and five novae (a class of exploding stars).

The list of Cannon’s achievements did not go unnoticed or unrecognized. Check out her accomplishments;

Annie Jump Cannon should be an inspiration to us all, especially in a time when woman were not highly regarded for their scientific knowledge or even “allowed” to participate in more than just calculations in the field. The perseverance and bravery of these women shows just how strong a will to succeed can be and where it can lead, not only one woman, but the entire world.