Why the Stars Above Us Twinkle- Or Do They?

Astronomers state that only 2,500 stars are visible to the naked eye from our planet Earth. The stars we see from Earth seem to be flickering. You’ve probably also noticed that they twinkle especially brightly on cold nights or right after a rain.

The question is why?

Let’s warm up with some basics

Before we give an explanation to why stars twinkle, let’s reanalyze what a star is.

A star is a celestial body that radiates its own light. It is spheroidal in shape, and in the state of plasma (highly ionized gas at high temperature) it consists mostly of hydrogen and helium. A star in the sky creates energy in its core by thermonuclear reactions. This energy is transmitted to the surrounding space through convection, electromagnetic radiation, and particles. 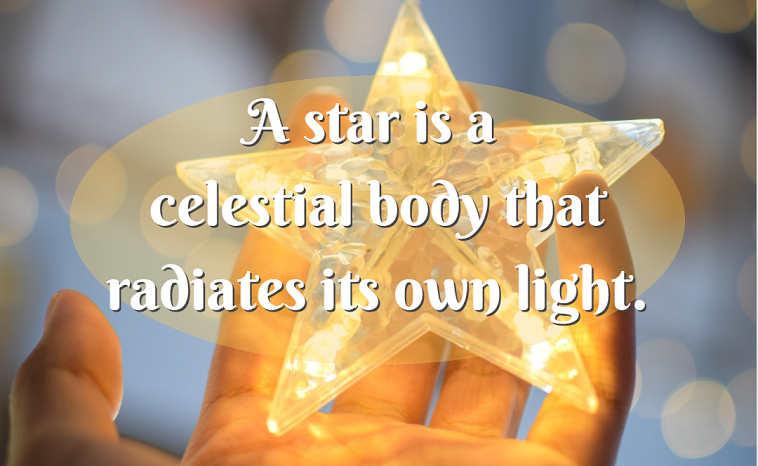 The closest star to our planet Earth, apart from the Sun, is Proxima Centauri, which is about 4.3 light-years away. This means that light needs 4.3 years to reach the Earth from this star. I hope it doesn’t get bored on the way…

When do the stars start to twinkle?

Stars themselves don’t really flicker. In fact, this impression is created by the terrestrial observer by perceiving the light of the star after it has passed through the atmosphere.

In fact, this is a necessary condition for flickering. Starlight starts flickering when it moves from a high-density atmosphere to a lower-density layer. Why? The masses of air around us never rest. They are constantly moving in relation to each other. Warm air rises, cold air falls. The air brakes in different ways depending on the temperature.

As light passes from a layer of air of lower density to a layer of higher density, the light flickers. In this case, the outlines of the stars become blurred, and as a result their images increase. The intensity of the stars’ radiation, i.e., their brightness, varies. These changes in light intensity are scientifically called scintillations. But we prefer to call it “flicker.”

Not all the stars shine

Planets reflect sunlight and don’t necessarily flicker. Venus and Mars look like big bright stars in the sky, but they differ from them as they don’t appear to twinkle. Why?

Planets are closer to Earth, and we see them as small disks, not as tiny dots. Light is reflected from different parts of the discs constantly and rapidly. In other words, planets also flicker, but in ever-changing intensities at different points. These changes in the brightness of the reflection at different moments in time complement each other. 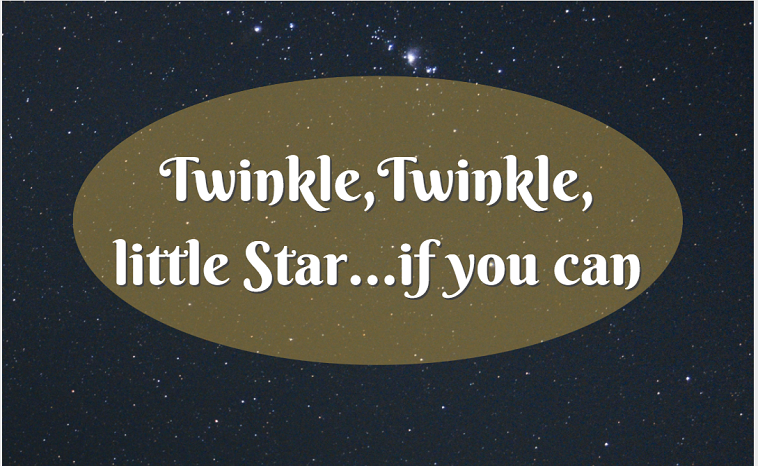 The average intensity of radiation from the entire surface of the disk remains constant. Therefore, the disk of the planet glows with a constant light that does not blink.

How to distinguish a star from a planet?

A planet can differ from a star in the nature of its radiation: the stars twinkle, but the planet does not. Indeed, this is not a bad way to distinguish a planet from a star. But if there are major stimuli in the Earth’s atmosphere, such as a hurricane, then the planets may begin to tremble.

Our sun is also a star. But it’s much closer to Earth than the stars we see at night. The sun is not a point in the sky. We experience the sun as a large, evenly shining disk. If the Sun went trillions of kilometers away from the Earth, it would get lost among many other stars and would flicker just like them.

The twinkling star is very beautiful and can inspire a poet. But for an astronomer, this is really a headache. Even if the sky is very clear, large movements of air masses occur in the atmosphere, so-called disturbances that make it difficult to observe and photograph stars.

The best times for astronomical observations are clear nights and a calm, undisturbed atmosphere. When the atmosphere above the telescope is calm, astronomers can make better observations. With the development of the space age, powerful telescopes have been introduced into orbit, through which scientists observe the true picture of cosmic silence.

Even if you are not an astronomer, you can easily distinguish stars from planets in the night sky. Planets shine evenly, so from Earth they look like tiny circles with smooth edges. Stars, on the other hand, don’t give such a glow – they seem to flicker and twinkle and can appear in different shades.

Stay tuned for the next part if you want to find out which planets shine the brightest.

Did you know that here at OSR you can name stars? How about a tribute to the ones you love?