Tons of trash found on Mars!

Today, we are a civilization of garbage. This has become both a problem and an opportunity. Why? Sit back while we discuss some of the current truths, events and findings.

Well, it’s clear that a polished new vehicle becomes a dilapidated pile of metal and plastic in just twenty years.

With the passage of a sufficient number of years, all garbage will be lost through the natural processes of decomposition. Some of it, by chance, will survive the eons and then become civilizational relics.

Let’s move a few tens or hundreds of millions of kilometers from our blue planet to Mars.

We have been sending spacecrafts to Mars for more than half a century. From pioneering attempts, failures and semi-successes, Soviet and American aircrafts to today’s much safer and more sophisticated robots, quite a number of smaller and larger tech bodies with additional equipment have arrived on the soil of the red planet.

Let’s look at some of the first kilograms of human creations that arrived on the Martian soil:

All of them will sooner or later complete their missions and become somewhat non-functional pieces of junk scattered across the Martian soil. 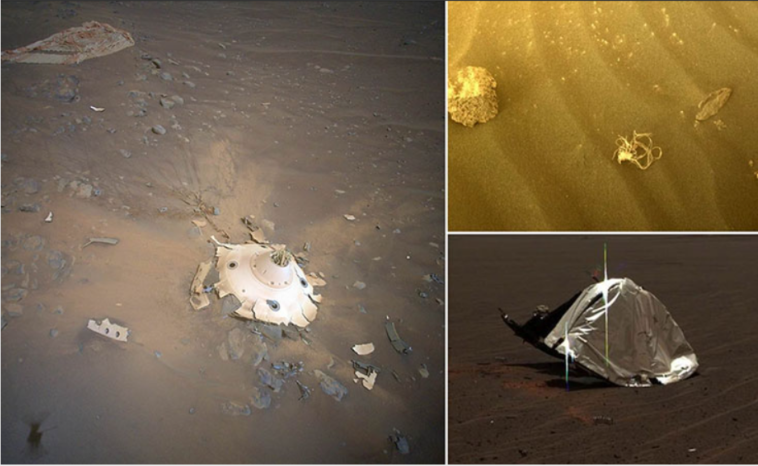 However, it is not only operational robots that have arrived on Mars. Parts of their equipment such as:

There are tons and tons of equipment scattered all over the red planet today. Only a few of them are in operation today, and the rush to the distant world has not yet begun in full force.

It is quite certain that the artefacts on the Martian soil so far, and those that will soon follow, will one day in the distant future become a kind of proof of man’s conquest of the universe.

But are we going to declare every screw on Mars an area of special interest for our civilization, or build a museum around it?

One day, the countless bright spots of man’s journey into space, on Mars, will become secondary raw material, garbage. After all, just like on Earth.

We remain hopeful that we as a species will personally arrive on Mars before our technical creations fail there due to the force of nature and the passage of time.

It is possible that in the meantime our young people, pupils and students, will take part in the creation of the future Martian “waste”, new missions to the red planet.

Until then, we here on Earth have a lifetime of learning what, how and where to dispose of real waste.

“If you think the ocean isn’t important, imagine Earth without it. Mars comes to mind. No ocean, no life support system”, Sylvia Earle, marine biologist.