We continue to meet the team that is soon waiting for us in the morning sky before sunrise. The planets of the solar system over the southeastern horizon have been with us for weeks, these days they are taking their final positions before the alignment of the planets.

It is very rare to have all the planets in one celestial-scenic frame, now is an opportunity not to be missed.

We had previously met Mercury and Venus.

Mars, Jupiter, Saturn – all three deadly to man. Without a space suit and technical gadgets, we wouldn’t live longer than a few seconds on any of them, if that much.

The day and night last only 37 minutes longer than on Earth. A year on Mars lasts two terrestrial (23 months). The seasons alternate, with spring and autumn being short, summers and winters being long.

During the day the temperatures rise to a maximum of 20 ° C, at night when it is coldest, they drop to -140°C. There are clouds, winds and rainfall. Running water occasionally comes to the surface.

Atmospheric pressure is equal to that at 30 km altitude here on Earth, it is almost non-existent. It is nine times less massive than Earth.

Robots survive on it for years, waiting for their creators. We still can’t say if there’s indigenous life there. The journey to Mars takes about ten months, when the planets are in a favorable position to send spacecraft, about every two years in a month-long launch window.

Jupiter is the complete opposite of Mercury, Venus, Earth and Mars.

A gas giant whose mass is 318 Earth’s! If it was just a little bigger, Jupiter would become a candidate for a little star! We are not sure what its core is, that is, its solid surface.

The atmosphere is ruled by hurricanes, often far larger than the entire Earth. Day and night temperatures are almost identical, minus 163/164 degrees Celsius! If we look at it as a sphere, within it we could place 1266 spheres the size of the Earth. 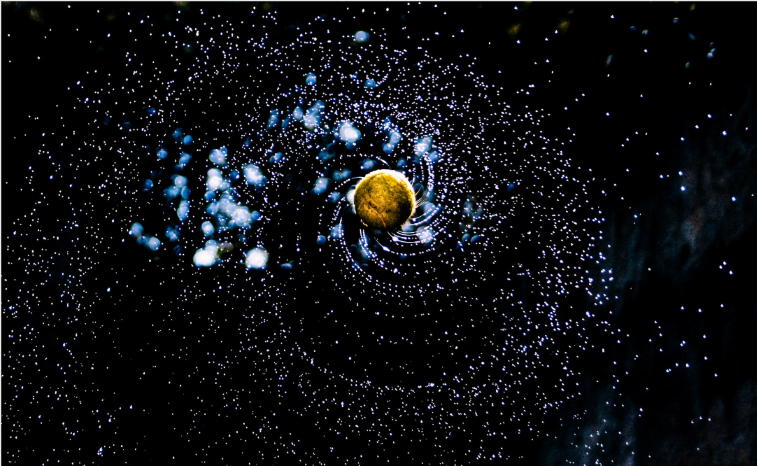 A year there lasts almost twelve Earth (11g 10m). It rotates around its axis in 9h 56m, that’s how long a day lasts on the largest gaseous planet in our system.

Io, Europa, Ganymede and Callisto are four of his most famous natural satellites, visible even in small binoculars. In our night sky, it often competes with Venus (occasionally with Mars) for the dominance of the brightest star-shaped object.

One orbit around the Sun (Saturn’s year) there lasts 29 Earth years and seven months. The temperature on Saturn shows -191 ° C, day and night.

Its mass is equal to 95 masses of the Earth. 752 volumes of the Earth would be pushed into the volume of Saturn without any problems.

Its largest satellite, Titan, and the largest moon in our system, is a real puzzle for astrobiologists. Its ring is not a monolithic edifice, it consists of an immeasurable number of tiny grains of dust arranged in several layers (rings) and it seems that we could pass through them without feeling anything or being hit by anything.