It’s time for another part of our famous astronomy terms: explained!

Dramatic increase in the brightness of the star, by ten magnitudes, due to the cataclysmic explosion. As it is assumed this happens to the leakage of matter from one big star to a nearby small star (on a white dwarf). This material puts increasing pressure on the existing layers of the dwarf star, so it heats up more and more, which finally leads to an explosion.

Due to the periodic changes in the position of the Sun and the Moon towards the Earth, the precession also changes periodically. Therefore, the path of the celestial pole in the celestial sphere is not a regular circle, but a slightly wavy circular curve.

The orbits of the planets

Understanding this was a big problem. Somehow it is logical that the planets around the Sun do not move in triangular, or say pentagonal orbits, but in circular ones.

The problem was that the planets didn’t care much for these calculations. Astronomers calculate where a planet will be next week, and then it turns out that it is not there, but a little ahead or behind.

Kepler dealt with this problem for twenty years, during which time he tried everything that came to his mind, only to finally understand it. The planets do not move around the Sun in circles, but in ellipses. The orbits of the planets are elliptical! This fact is known today as Kepler’s First Law, a law that revolutionized astronomy.

Sometimes called the Öpik–Oort cloud. It is characteristic of Oort cloud that nothing is known about it reliably, or even whether it exists at all. It is also unclear, at least to me, why it is called a cloud when it has nothing to do with any cloud.

However, if this cloud exists, then it is a spherical group of comets at the end of the solar system. The outer boundaries of the Oort cloud are also the boundaries of the kingdom of the Sun, or more scientifically, the end of the dominance of the Sun’s gravity. It is estimated that there are billions of comets in the cloud. Sometimes when a neighboring star rushes by comets stir and then many of them rush towards the Sun, which can lead to the death of all living things because many fall to Earth.

Is a good unit of measurement for really long distances. Here is the definition: it is the distance from which an astronomical unit is seen at an angle of one arc second! The name comes from the parallactic second.

One kiloparsec (kpc) is one thousand parsecs, and one megaparsec (Mpc) is one million parsecs. In other words, the universe is really big.

When a red giant star releases its upper gas layers into interstellar space in its quiet, slow death, a planetary nebula is formed. The gases of the star spread around and sow material for some future worlds. 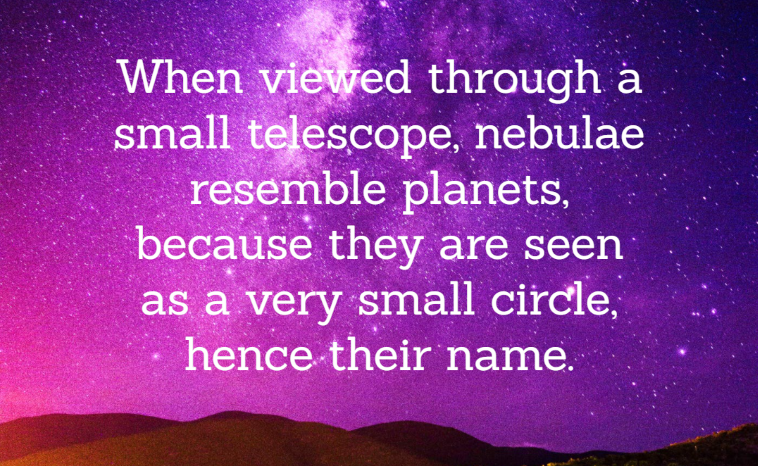 When viewed through a small telescope, these nebulae resemble planets, because they are seen as a very small circle, hence their name.

Some planetary nebulae are so beautiful that they are breathtaking and many astro- photographers are happy to photograph them.

Take it like this: planets are big spheres orbiting a star, asteroids are big rocks that also orbit the sun, and dwarf planets are something in between. They are too big to be asteroids, and yet too small to be planets.

Cute Mother’s Day poems and rhymes; suitable for all ages

Surprise your mom with a sparkling Mother’s Day coloring page!

Natal Astrology: The Elements of The Zodiac Signs