When you look at the night sky you may identify the constellation Scorpius. How are you able to know that? Read on to learn more about the ancient astronomers that mapped the heavens.

All around the world ancient cultures celebrated gods, heroes, and mythical beasts by giving names to groups of stars. About 3000 years ago in Assyria ancient people recorded information regarding the constellations on stone tablets. Between 1300 and 1600 B.C. Babylonian and Greek astronomers added their constellations and today 48 of them are still in use. The Babylonian systems of math predicated star formation and constellation alignment and were later adopted by the Greeks in the 4th century.

When the ancients assigned mythical creatures to the stars, they did not always have the correct star in position for the drawing. They moved the stars to accommodate what they wanted to draw.

It was not until 1515 that the first printed maps of the heavens appeared that accurately portrayed the night sky. In that year, artist Albrecht Dürer produced a pair of woodcut northern and southern planispheres. His planispheres attempted to accurately position the stars of the 48 constellations based on the star catalog contained in Ptolemy’s 2nd century Almagest. The Almagest did not contain celestial maps, but instead a description of each of the ancient constellations based on the positions and brightness of the stars within each constellation.

The first celestial atlas with an accurate coordinate system and constellation figures did not appear until 1588. In that year, Giovanni Gallucci published an atlas of 48 woodcut constellation charts. His atlas also included nebulae.

“Nebulae- a term for faint milky or cloudy objects in the sky.”

Ptolemy had identified seven Nebula in the Almagest, and Gallucci included all of these. 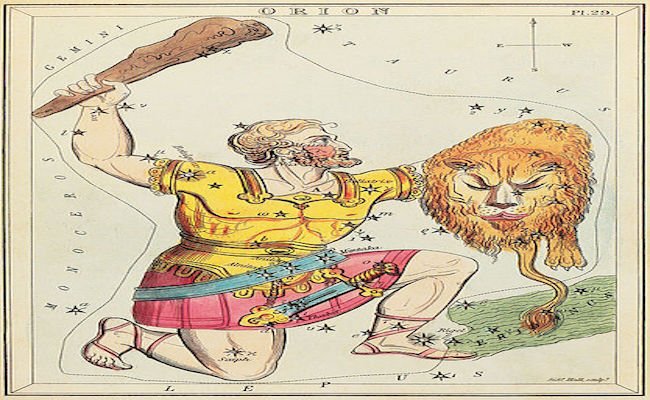 With the advent of copper engraved plates for printing illustrations, Cartography greatly improved. Copper engravings provided several advantages over woodcuts. Copper allowed the artist a chance at producing finer details and the plates did not have the durability issues found in woodcuts. Overall quality of the maps improved.

Four great star atlases made in the early 1600’s and then 1 in 1690 revealed new information of the heavens. In 1603 Johann Bayer published Uranometria. Using Tycho Brahe’s star catalog Bayer constructed large charts. His constellation figures, detailed and artistic filled one page each. The stars were accurately placed and the brightness of certain stars noted clearly in the text.

In 1928 The International Astronomical Union established 88 official constellations with clearly defined boundaries. A constellation now represents a group of stars, an area of the sky, and any star within the region belongs to only one constellation. Alpharatz belongs to Andromeda.

What are these 88 official constellations? You could make a little catalogue. There are 14 people, 9 birds, a couple of insects, 19 land animals, and so on in the list. There is a serpent, a dragon, a flying horse, there is even a river, and there are 29 inanimate objects – things like the Scales, the Plough and so forth.

Ancient astronomers and observers looked to the heavens and imagined great mythical creatures filling their night time skies. Navigators used these images to sail across vast oceans. Today we use these images and some of their ancient names to uniformly identify sections of the solar system that appear to us at night.

Mapping the unique celestial constellations has taken thousands of years to perfect, and it will be interesting to see what changes occur in the next thousand years