Chamaeleon is a relatively small constellation in the second quadrant of the Southern hemisphere. It can be viewed specifically at latitudes between 0° and -90°. As its name suggests, this constellation is named after a lizard; the chameleon.

Chamaeleon is 79th in size, covering an area of 139 square degrees. It is neighbors with the constellations of Apus, Carina, Mensa, Musca, Octans and Volans. In addition, Chamaeleon has no Messiers or meteor showers. 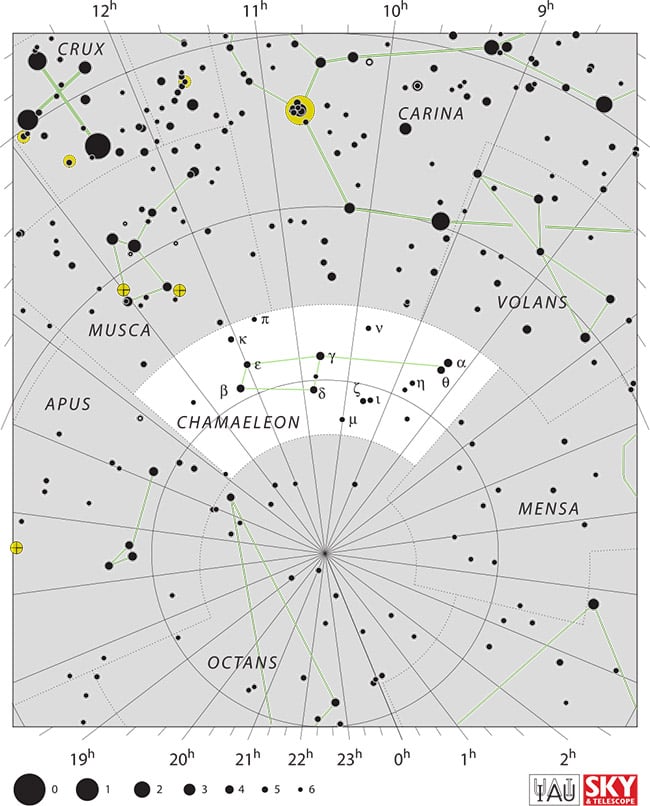 Chamaeleon has three deep sky objects. Read on to discover some fascinating facts about these celestial wonders.

The constellation Chamaeleon consists of seven main stars that makes up its shape. Let’s explore them further. 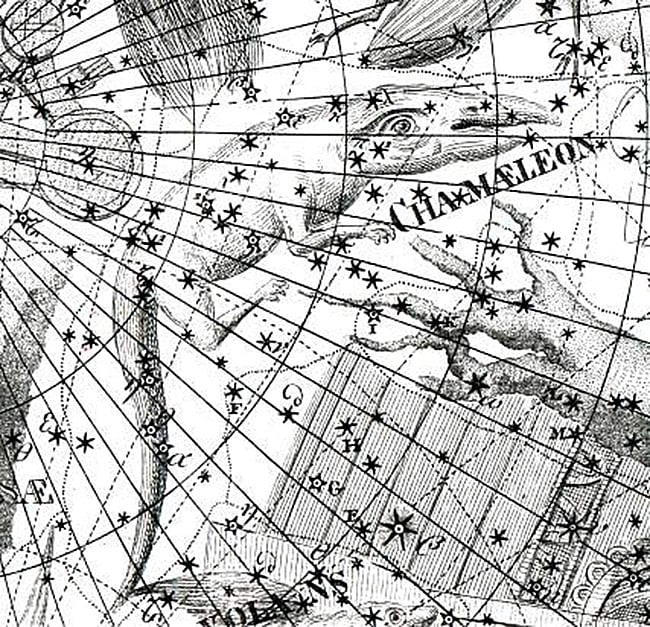 Out of all the stars that make up the Chamaeleon constellation, none shine brighter than Alpha Chamaeleontis. It is categorized as a spectral type F5 III with an apparent visual magnitude of 4.066. In addition, it is located about 66.5 light-years away.

Although the Chamaeleon constellation has no mythology surrounding it, it does have a fun story. This constellation (among others) was charted in the 16th century by Dutch navigators. It was then depicted by a Dutch cartography by the name of, Jodocus Hondius, as a chameleon sticking its tongue out trying to capture its neighboring constellation, Musca, “the fly.”

Chamaeleon is a fascinating constellation, so the next time you are gazing into the night sky be sure to search out this intriguing figuration of stars.