The last solar eclipse for this year is supposed to happen on October 25. It will be visible from almost all of Europe, most of Asia and from northeastern Africa and southeastern Greenland.

A total eclipse of the Sun will not happen this time, which means that nowhere on Earth will the Moon completely cover the Sun’s disc.

This eclipse cycle is called Solar Saros 124 and repeats every 18 years and 11 days.

If we were to translate it into years, it is 18 years and 11⅓ days. The term is used to predict a solar eclipse.

One saros time (18 years and 11⅓ days) after the eclipse, the Sun, Earth, and Moon will be in approximately the same relative position (almost in a straight line), and an almost identical eclipse will occur.

So, what exactly is a partial eclipse?

From a geometrical point of view, it is clear that the three bodies must be in the same line and in the same plane in order for an eclipse to occur, and the term syzygy is used for this. 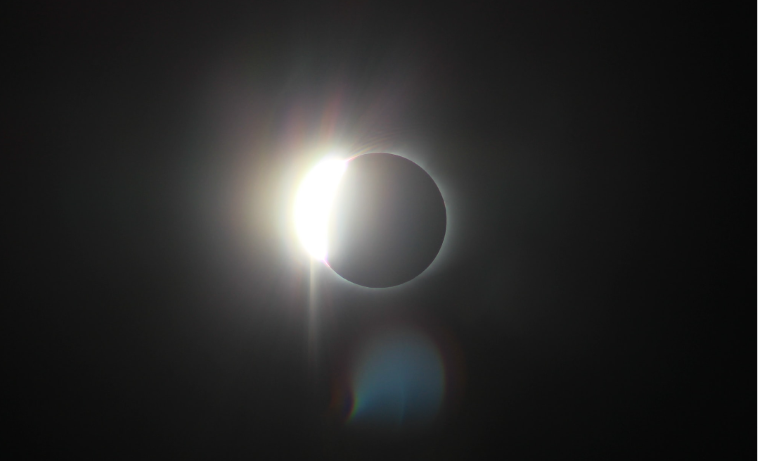 An eclipse of the Sun or the Moon occurs when the three bodies align, so that they are in the same plane, because the Moon’s path around the Earth is inclined a little over 5° in relation to the plane of the Earth’s ecliptic.

When we have a case of a total eclipse, it is clear that the “eclipsing” body is at the appropriate distance from the eclipsed body to cover the light source, i.e. the Sun, with its entire surface and thereby create a shadow zone.

The Law of conservation of angular momentum

The moon is slowly but surely moving away from the Earth and at some point, there will no longer exist the phenomenon of a total eclipse of the Sun.

At the time of the creation of the Moon (about 4 billion years ago), the speed of rotation of the Earth around its axis was then four times faster than today. With its gravitational action, the Moon affects the formation of tides on Earth.

Try to find out how ballerinas make use of the law of conservation of angular momentum.

And knowing this, why not catch the last eclipse for this year?

A telescope and all optical devices generally collect the light of the Sun in an eyepiece.

The energy of a photon, a particle of light, is concentrated in a small space, where the temperature suddenly increases. This puts the optical lenses of the eyepieces and the observer’s eye at risk.

The Sun MUST NOT be looked at directly without protection or with inadequate protection!

If shooting stars are more your thing, check out this cool guide.

Don’t have a telescope yet? Or perhaps, you need a star gazing buddy to join you? We have the perfect solution.

Get your own OSR telescope!