In a relationship dating back thousands of years, Ursa Major is one of our most recognisable constellations. It has inspired our art, poetry and mythology. We’ve even used it for navigation. But what does Ursa Major look like? In this blog, we’ll tell you everything you need to know.

Even the most novice stargazer will likely recognise certain features of the night sky. Our moon, brighter planets like Venus or Jupiter, and constellations such as Orion are all easy targets. But one of the most famous constellations of all is Ursa Major. It was first referred to by name over 2,000 years ago and can possibly be traced all the way back to Cosmic Hunt mythology from over 13,000 years ago. Over the years, Ursa Major has played an enormous role in our ancient mythology and art. It has also proved helpful when trying to find the North Star. And according to legend, it was even used by people escaping slavery on the Underground Railroad. But what does Ursa Major look like?

Ursa Major takes its name from the Latin phrase ‘greater bear’. Its cosmic companion is another constellation known as Ursa Minor or the ‘Lesser Bear’. But while Ursa Major takes its name from Latin roots, many civilisations have recognised it as a bear. Greco-Roman, Hindu, East Asian, Native American and Northern European cultures have all described the constellation as a bear in their mythologies. It is also one of the few constellations mentioned in the Bible, having also been associated with a bear by ancient Jewish people. 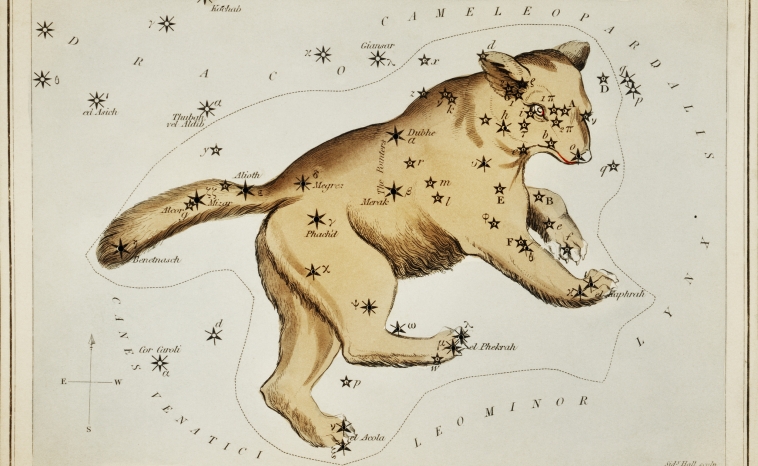 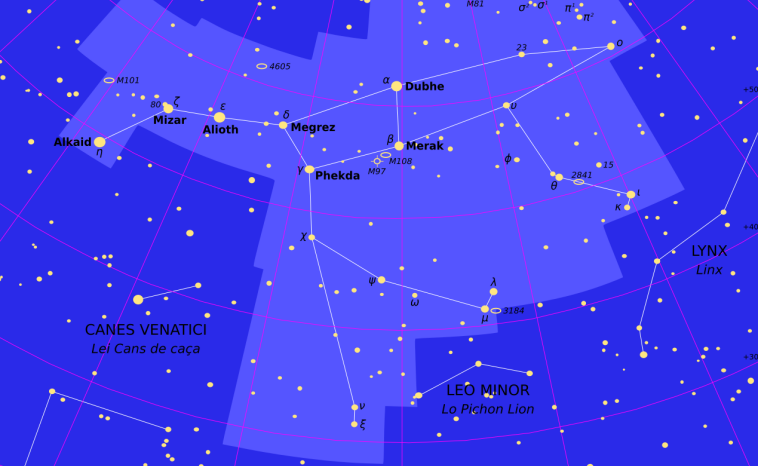 One of the best-known and instantly recognisable features of Ursa Major is the seven stars that form the Plough asterism. An asterism is an identifiable group of stars that isn’t a constellation. The Plough itself is perhaps as famous as the entire constellation, having featured in mythological stories from around the world. The Plough is also known as the Big Dipper, while Ursa Minor is home to the Little Dipper, another collection of seven stars that coincidentally looks like a slightly smaller version of the Plough. 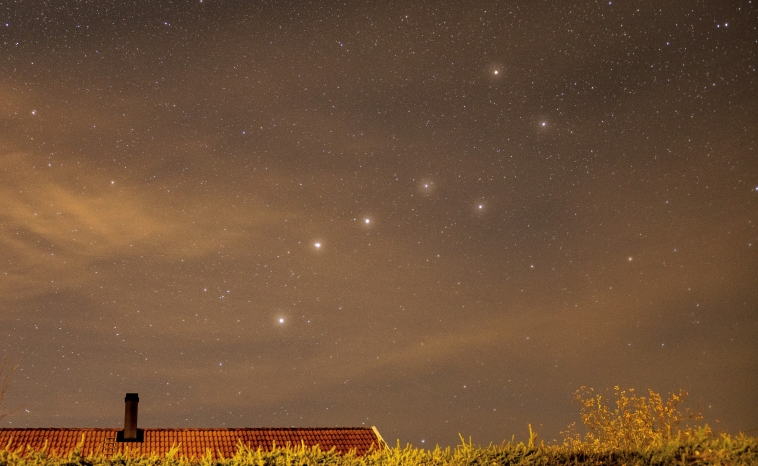 With its bright stars, large area and easily recognisable features, Ursa Major is one of the simplest constellations to locate in the night sky. While it is easier to find in the spring, when it appears high above the horizon, Ursa Major is visible in the northern hemisphere all year round. It’s recommended to first look out for the Plough, which will be easily spottable on any clear night. After locating the Plough, you can look beneath and to the east of the asterism to find the constellation’s other stars. But the best way to find the constellation is with the help of the OSR Star Finder App.