We’ve looked towards the night sky to appreciate its beauty for thousands of years, but we’ve also put those twinkling orbs to good use for almost as long. The ancient Greeks initially favoured using the Ursa Major and Orion constellations as their signposts. However, there’s one star that has been the favourite marker for northern hemisphere navigators throughout most of our recorded history – Polaris, also known as the North Star. In this blog, we’ll help you learn how to find the North Star in the UK.

What is the North Star?

The North Star is so named because it maintains a steady position one degree from the north celestial pole, making it a reliable guide for finding true north. It isn’t the brightest object in the night sky; it has only around the 50th highest magnitude on an average night. However, the star has a relatively motionless position that raises it above its more restless cosmic siblings when it comes to navigational aids. This stillness also makes Polaris an excellent target when photographing star trails, as all other stars will be seen to rotate around it. 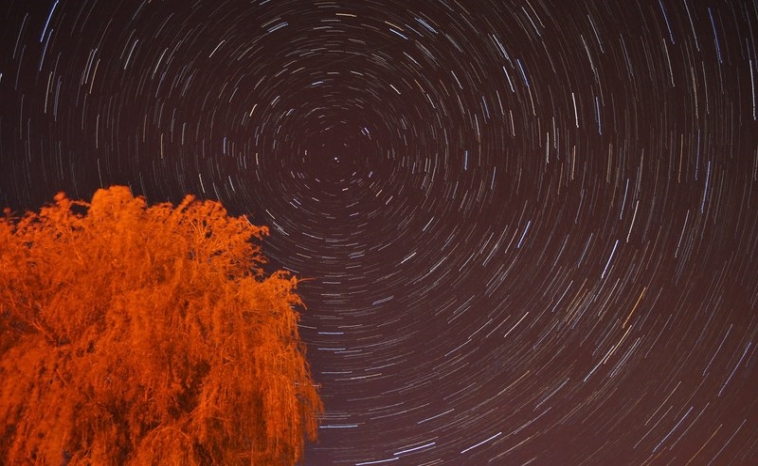 We know what makes Polaris the friend of sailors and shutterbugs alike. But without being able to locate it, we can’t put any of its benefits to good use. Fortunately, knowing how to find the North Star in the UK is an easy task that starts with part of the Ursa Major constellation known as the Plough. The Plough features two ‘pointer’ stars, Merak and Dubhe, which you can find at the bottom of the asterism. Starting with Merak, draw an imaginary line (or use a stick) to guide your way up towards Dubhe. Continue your line through and beyond Dubhe and keep moving upwards in the same direction. The next relatively bright star that you come to is Polaris – it’s that easy! From here, you can find any direction you need; look right for the east, left for the west, and south is, of course, behind you. 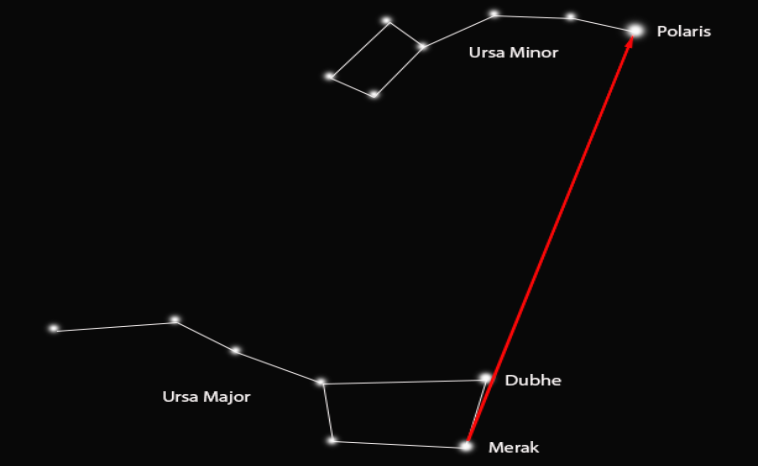 With the invention of maps, compasses, and GPS, we don’t need to rely on old navigation techniques as much as our ancestors did. It’s comforting to know that, in an emergency, we can easily find the way with the help of our northern friend. But with an iOS or Android smartphone, the easiest way to find the North Star, and any other star, is with the OSR Star Finder App.