At this moment, there is no imminent danger of complete destruction of the planet. This would be possible only in the event of a colossal collision with a body of similar or larger in diameter that would completely crush the Earth. None in sight.

But, nonetheless, one day, the Earth will probably fall to the Sun (in about six billion years).

The end of life on Earth, in its entirety

Life will be completely destroyed in about a billion years. The reason for that will be the increase in the brightness of the Sun.

This happens due to the accumulation of helium and the increase of pressure in its central areas. Such is the life path of ours and all other stars on the Main range.

Then the Sun will radiate so strongly that the so-called avalanche wet effect of the greenhouse will begin. It is called wet because it is based on water vapor and not on carbon dioxide or some other greenhouse gas.

The consequences will be completely dramatic.

First, the seas and oceans will dry up, and then the atmosphere will evaporate into interplanetary space. After that, the Earth will remain hot, scorched, and sterilized.

Earth must then wait for the Sun to swell so much that it swallows it up, together with Mercury and Venus. After that event, the Sun will gather in a white dwarf, and its planets, if something dramatic does not happen to them in the meantime, will fall on it, sooner or later, due to relentless, although extremely slow processes such as loss of energy by gravitational radiation.

There is also a much faster scenario. In the collision of our planet with a body with a diameter of 100 kilometers and more, the consequences would be so dramatic that the entire population of the Earth would be reduced to just bacteria.

The end of man

There are a number of dangers to humanity.

Of those coming from space, the most real danger is the impact of a small body (asteroid or comet) over five kilometers in diameter. Such blows are very rare and today such a danger is not known (which does not exclude the danger of hitting a small body that would not destroy the human race, but would, possibly, return it to the Stone Age).

There are also dangers from a nearby supernova, an explosion of a magnetar, the entry of the solar system into a vicious cloud of gases, etc. but those dangers are not in sight today and they are not worth discussing because they are much more real, ie. closer and more certain in time, the dangers on Earth itself. 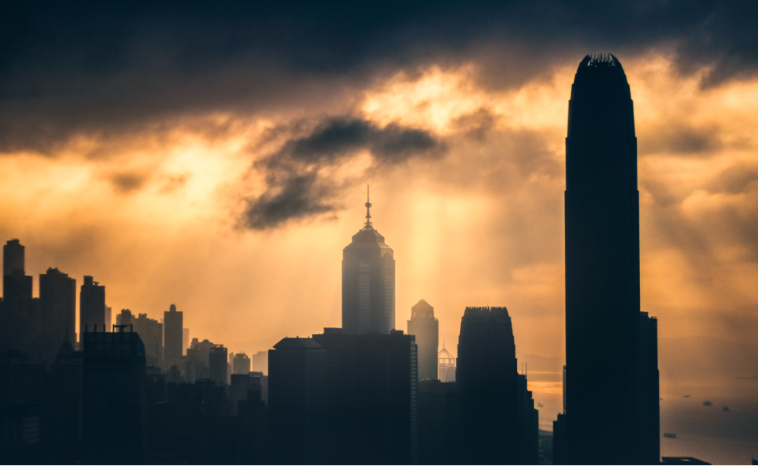 These are climate changes due to e.g., super volcano eruptions, changes in the movement of ocean currents, then the dangers due to demagnetization of the planet (the magnetic field protects us from cosmic radiation), due to the destruction of the ozone layer in the atmosphere, etc.

But even these are not the biggest dangers. They come much more realistically and dangerously than man himself, who can seal destiny with human activity in a much shorter period of time, efficiently and forever.

One type of such dangers is incidental, unintentional, for example the destruction of the already mentioned ozone layer and oversaturation of the atmosphere with elements that drastically enhance the greenhouse effect, which would lead to such climate changes that human survival would be impossible.

The other kind of dangers refer to playing with chemical and biological weapons that could cause the mass and final extinction of everything.

There is a certain danger from nuclear weapons, but also the probability that this danger will be kept under control (laboratory control).

This is because the production of chemical and biological weapons is much more difficult, because such laboratories do not have to be large and conspicuous in any way.

When will such an end to the world come? At one time, prof. S. Hawking attracted a lot of media attention by stating that there are significant chances that man will destroy himself by the end of the millennium.

However, there are many who do not share Hawking’s optimism, but place that date much closer to today.

But such destruction could come at a time when many fleets of spaceships, loaded with our descendants, are leaving Earth in search of a new life on a different planet.

In such case, an exciting, albeit uncertain, fate awaits man.