It appears that the United States Pentagon may have more information relating to the possible existence of unexplained flying objects. What new information do they have that may lead to conclusive proof of aliens?

In July of this year, we wrote an article about creating the Unidentified Aerial Phenomenon Task Force by the United States government. In that article, we discussed the reasoning behind its creation and information the government could not readily explain. Further, in May, Japan released information that it had created a UFO contingency plan. This past week, reports were leaked from the US Pentagon revealing new information regarding UFOs.

Does the United States government possess definitive evidence for the existence of aliens or UFOs? According to leaked reports, not only do they have the evidence, they have pictures. Defense news website TheDebrief.org has published the reports. Furthermore, the report includes Oct. 16, 2019, email exchange between former Vice Chief of Naval Operations Adm. Robert Burke and current Vice Chief of Staff for the Air Force Gen. Stephen Wilson. TheDebrief.org writers obtained this information by a Freedom of Information Act (FOIA) request.

“Recommend you take the brief I just received from our Director of Naval Intelligence VADM Matt Kohler, on Unidentified Aerial Phenomena (UAP),” Burke told Wilson in the email. Burke added that “SECNAV will get the same brief tomorrow at 1000,” likely referring to the Navy Richard Spencer. (Fox 2020)

Incredibly, the reports also explicitly state that the Task Force is considering the possibility that these unidentified objects could, as stated by one source from the U.S. Intelligence Community said, be operated by “intelligence of unknown origin.”

Per the report, the UFO photograph was taken “from within the cockpit of a F/A-18 fighter jet with a pilot’s personal cell phone” on the US’s East Coast. Furthermore, the object “hovered” at 35,000 feet over the Atlantic Ocean when the military pilot spotted it. According to officials, the triangular craft, which had lights on its corners, emerged from the ocean and soared into the sky. 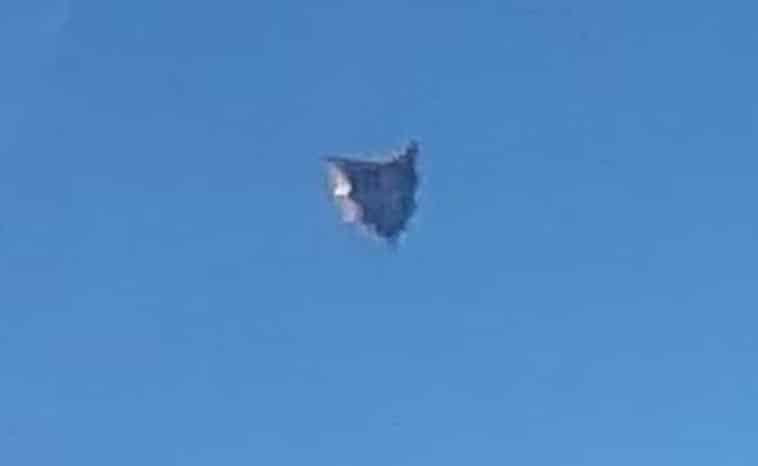 Officials describe the picture as “an apparent aerospace vehicle described as a large equilateral triangle.” As a result, this prompted speculation among Pentagon officials of unidentified craft operating underwater. The Debrief also learned of meetings held during October 2019.

“On October 21st, 2019, a briefing on UAP was conducted at the Pentagon for several Senate Armed Services Committee staffers. ” (Debrief.org 2020)

Nick Pope, a former employee and UFO investigator for Britain’s Ministry of Defense, stated the following:

“With my own defense background in this subject, three things stand out. Firstly, the description by one insider of the reports as ‘shocking’. This word begs the question, what about UAP do these people find shocking. Secondly, the intelligence reports seem to have been given a surprisingly wide distribution in various intelligence agencies. Thirdly, the fact that the extraterrestrial hypothesis seems genuinely not to have been taken off the table.”

What else does the United States Pentagon know? Will they reveal more information in the coming months? We will continue to follow these reports.