At one time the oceans were home to massive fish, sharks, and whales. What happened to these pre-historic sea creatures? Read on to learn more.

For years scientists have explained the extinction of the dinosaurs as a result of an asteroid hitting the earth. The explosion sent up ash and smoke into the atmosphere and as a result, the suns rays were blocked. Consequently, plants died and the dinosaurs died. What about the sea creatures? How did they die? A new study from the University of Kansas suggests that a supernova may have killed the sea creatures.

Adrian Melott, professor emeritus of physics and astronomy led the study and published his findings on November 27th, 2018 in the journal Astrobiology. He believes that a supernova exploded raining down radioactive particles called muons. These muons, which contain more mass than a normal electron, would have infected everything it touched.

“The best description of a muon would be a very heavy electron — but a muon is a couple hundred times more massive than an electron. They’re very penetrating. Even normally, there are lots of them passing through us. Nearly all of them pass through harmlessly, yet about one-fifth of our radiation dose comes by muons. But when this wave of cosmic rays hits, multiply those muons by a few hundred. Only a small fraction of them will interact in any way.  However, when the number is so large and their energy so high, you get increased mutations and cancer. We estimated the cancer rate would go up about 50 percent for something the size of a human. The bigger you are, the worse it is. For an elephant or a whale, the radiation dose goes way up.” (Melott, 2018)

Sea creatures such as megalodons, which were as big as a school bus, would have certainly been impacted by this event. Where did they find evidence of these muons?

Melott said that recent papers revealing ancient seabed deposits of iron-60 isotopes provided the “slam-dunk” evidence of the timing and distance of supernovae. Where did iron-60 isotopes come from. Researchers suggest that most of the heavy mass particles like iron-60 come from Supernovas.  The research team that found the iron-60 isotopes had concentrated their efforts along shallow coastal shelf zones. Furthermore, they specifically looked at fossils of marine animals and plants from the Pliocene and Pleistocene periods. These periods lasted from 5.3 million BC to 9,700 BC.

“We were able to show that around a third of marine megafauna disappeared about three to two million years ago. Therefore, the marine megafaunal communities that humans inherited were already altered and functioning at a diminished diversity,” explains lead author Dr. Catalina Pimiento, who conducted the study at the Paleontological Institute and Museum of the University of Zurich. (Science Daily, 2016)

Ultimately, the researchers discovered that 20 percent of the ecosystem changed during that time. This change would have impacted sharks like Megalodon. In addition, they believe that 43 percent of sea turtles and 24 percent of seabirds were lost. However, new forms of animals like the polar bear and penguin came into existence during that same period. 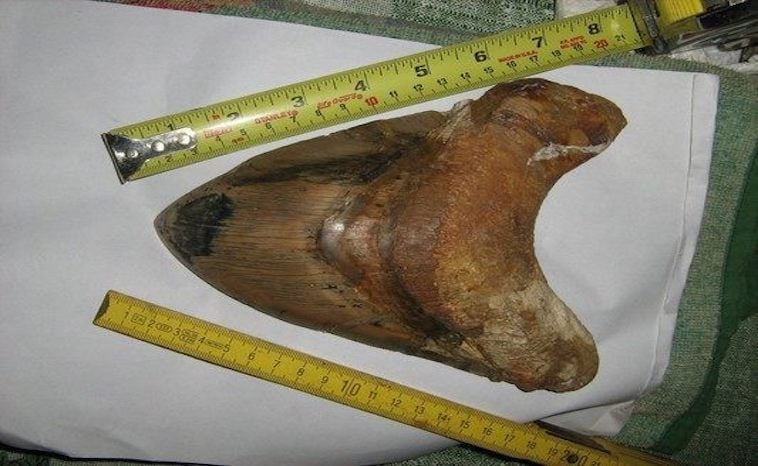 Researchers believe Megalodon grew to the size of a school bus, or about 60 feet. What else do we know about this massive shark?