Scientists are working in microgravity to see if they can build concrete.  This material may play a major role in the construction of buildings on the moon. Read on to learn more about making concrete in space.

NASA has recently announced that astronauts aboard the International Space Station (ISS) have experimented with mixing cement outside of Earth’s gravity. They want to see if the concrete will work in space, and therefore, they have experimented with concrete’s one base called cement. Their goal involves learning how cement hardens in microgravity.

Cement is manufactured through a tightly controlled chemical combination of calcium, silicon, aluminum, iron, and other ingredients. These ingredients, when heated at high temperatures, form a rock-like substance. This substance is ground into the fine powder that we commonly think of as cement. Concrete is a mixture of sand, gravel, and rock that is combined with a slurry made from cement powder and water. Once combined, it creates a durable building material.

On missions to the Moon and Mars, humans and equipment will need to be protected from extreme temperatures and radiation. The only way to do that is by building infrastructures on these extraterrestrial environments,” said Aleksandra Radlinska, Penn State civil engineer and principal investigator of the new study in the journal Frontiers in Materials. “One idea is building with a concrete-like material in space. Concrete is very sturdy and provides better protection than many materials.” For this reason, scientists have created science experiments to see what happens to concrete in space.

In May 2018, scientists onboard the ISS received a shipment of eight kits containing 120 variations of cement powder and its additives. They conducted an experiment called Microgravity Investigation of Cement Solidification (MICS). Each sample included a burst pouch full of water. Astronauts ruptured the water pouch then massaged the liquid into the cement powder sample. For 90 minutes, they mixed the ingredients with a spatula. After the samples dried, they were packed up and sent back to Earth for processing. 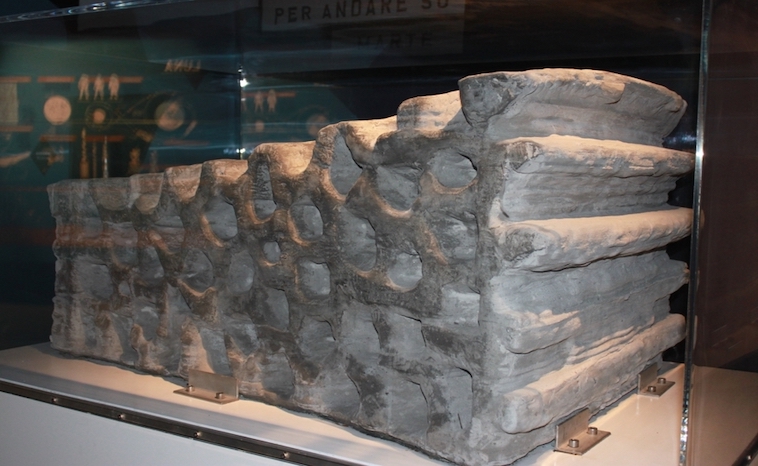 Space samples were also more uniform in density than those produced on Earth. The two materials were opposite to one another. Space cement was porous and uniform, while Earth cement was not uniform but contained fewer air bubbles. Scientists admit that even these results are not quite the same as what they expect in a real space environment. For example, the concrete process formed in a controlled environment. Realistically, concrete mixing would happen outside at the lunar surface.

While building strength still needs to be determined, researchers are designing moon concrete. They are mixing the concrete with lunar regolith, which is very fine and jagged. They believe that this could reduce the porosity of the cement. Furthermore, they are doing experiments with the newly formed lunar concrete. The most important conclusion that needs to be reached is whether space concrete is durable.

Will they have space concrete figured out by 2024 when NASA plans to land on the moon once again? Researchers hope to have that answer in the coming years.