What are those mysterious cauliflower-shaped structures popping up on the surface of the Gusev crater on Mars? Some researchers were left scratching their heads, while others were theorizing that they may be being caused by Martian microbes. 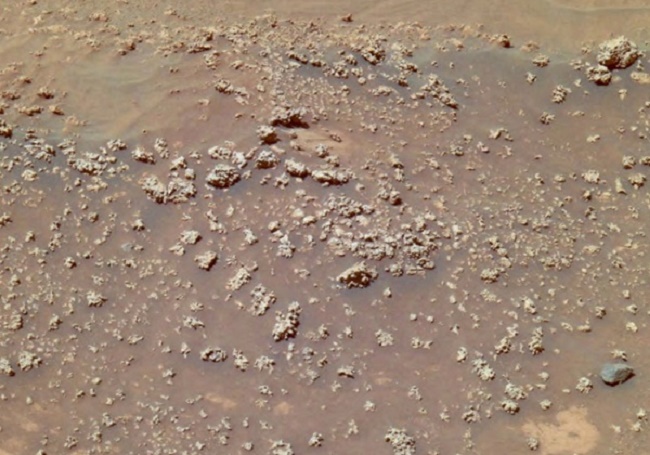 Thanks to the wanderings of the Spirit Rover on Mars in 2007, these strange veggie-like protrusions have been identified as a mineral known as opaline silica. Although, at the time, this discovery was interesting it became more of a fascination when a recent study in the Chilean desert found the Martian silica was similar to those found on Earth. Scientists are still not entirely certain how these protrusions are formed, but they are working on a theory.

According to Steven Ruff and Jack Farmer (Arizona State University in Tempe) based from the Chilean study, these cauliflower-shaped objects may have been formed by microbes (tiny single-cell organisms) which could be indicating the evidence for previous life on Mars.

Ruff visited the Atacama Desert twice in Chile to study these formations and to compare them to the ones found on Mars. Luckily this region has similar terrain to Mars when it might have been warmer and wetter. Ruff also examined the desert formations and concluded that they do look impressively similar to those found on Mars. In addition, these protrusions were also found in Yellowstone National Park as well as Taupo Volcanic Zone (northern island of New Zealand) which both appear to have been formed by microbial life.

If this were to be true, opaline silica would be considered one of the biggest astronomical discoveries; however, scientists aren’t quite ready to make that claim yet.

Kurt Konhauser of the University of Alberta and editor-in-chief of Geobiology stated that although using Earth examples as a way to determine “life” on Mars isn’t ideal, there is no other way to test Martian microbes.

Scientists feel they are on the right track, but more research needs to be done before a full-out declaration can be made. So for now the silica is worth further studies with more samples and tests being taken from the desert in Chile.

If these tests prove to have validity, it may be one step closer to finding life on Mars.