Will travel to Mars cause astronauts brain damage? Read on to find out what NASA has found studying this subject.

In our article on the Von Braun Rotating Sphere, we discussed the anti-gravity effects of astronauts in space. Scott Kelly, an astronaut who spent eleven months in space, had severe physical ailments once he got back to Earth. The constant exposure to radiation changed his DNA and affected his immune system. His time was spent in a tight Earth orbit which remains protected by a magnetic field. What happens when astronauts leave the protection of the Earth’s magnetic field?

A recent study, funded by NASA, suggests that astronauts who fly to Mars are at extreme risk, not only physically, but mentally as well. Will astronauts suffer brain damage? Will they incur mental changes that may negatively affect mood and their ability to think?

Dr. Munjal Acharya, is a radiation oncologist at the University of California, Irvine. As the study’s lead author, he said radiation exposure “affects cognitive function and behavior at the cellular level.” He added that the exposure might make it hard for astronauts to respond effectively to unforeseen circumstances or stressful situations.

Dr. Acharya says, “the research suggests that at least one in five astronauts sent to Mars would return with severe deficits in cognitive function.” 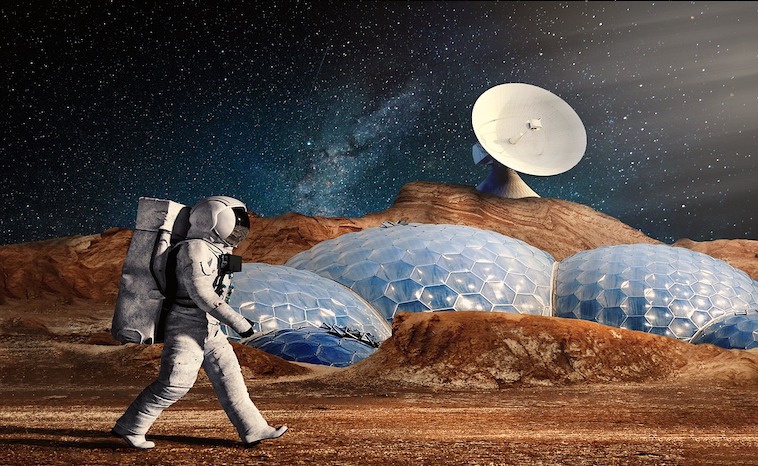 The research involved the use of 40 mice. They were exposed to radiation for six months and then tested on their memory and behavior. Sadly, one test showed that radiation-exposed mice were less able than control animals to notice subtle changes in their environment. Furthermore, it revealed that the radiation-exposed mice became anxious. They “froze” in situations that caused no anxiety in the control animals.

“That fear was so strong in them that they were still freezing. This was in anticipation of an electric jolt that the researchers had stopped delivering,” said Acharya. He added, “the radiation seemed to make it hard for the mice to learn and adapt by weakening connections between different regions of the animals’ brains.”

J.D.Polk, NASA’s chief health, and the medical officer said that the study could benefit future space exploration plans. However, he cautioned that the mice did not face the same level of radiation as astronauts. He stated that the mice met far greater radiation exposure.

Polk went on to say, “With dosages that we are expecting with a Mars mission, I’m not expecting to have a massive amount of cognitive decline in astronauts. He does not believe that the astronauts will suffer brain damage. “Is there a high risk that they’re going to come back with horrible cognitive decline? Will they forget how to push the red button for reentry? No,” said Polk.

Charles Limoli, a radiation oncologist from the NASA Specialized Center of Research at the University of California, said, “I’m not sure what literature Dr. Polk is reading, but I don’t agree with the context he places our work in — and I don’t agree with his statements.”

To protect astronauts, NASA plans to use vests that shield radiation. The Orion spacecraft will have special radiation sensing instruments to help the astronauts. Scientists want to place hydrogen-rich materials into the spacecraft structure. In addition, hydrogen absorbs radiation. If the system detects too much radiation, the astronauts can move to the middle of the spaceship.

Given the cost and weight considerations of radiation shielding, NASA is eager to know just how much shielding will be required to protect astronauts. Whatever they determine, it must protect the lives of astronauts.