Overcoming Obstacles On The Way to Mars

NASA predicts that people will be on Mars within the next 25 years? Is that possible? Read on to learn more about the obstacles facing this enormous endeavor.

We have discussed before the prospect of astronauts living on Mars to conduct research. Students and researchers have worked over the last couple of years to construct hypothetical housing for the Red Planet. NASA announced that they believe they will have people on Mars within the next twenty-five years. Based on previous articles written here we know that they plan to send a new rover to study the environment, natural resources, and other hazards. However, it will take more than a rover to solve some of the immense problems facing colonization.

Right now, if an astronaut left for Mars, he would suffer radiation damage. Furthermore, in the one trip, he/she would have the same amount of radiation that would safely last one lifetime. In other words, he/she would use up all their safe radiation levels. “We don’t have the solution yet regarding shielding, in terms of protecting you from cosmic rays and solar flares that you experience during this transit time,” said former NASA astronaut Tom Jones.

However, private companies like Space-X may play major roles in developing technology to solve this and other issues.

Deadly radiation from the cosmos, potential vision loss, and atrophying bones are just some of the challenges scientists must overcome before any future astronaut can set foot on the Red Planet, top NASA officials said on Tuesday. Also, scientists think prolonged weightlessness can cause irreversible changes to blood vessels in the retina, leading to vision degradation. And after a while in zero gravity, the skeleton starts to leach calcium and bone mass.

“The cost of solving those means that under current budgets, or slightly expanded budgets, it’s going to take about 25 years to solve those,” said Jones, who flew on four space shuttle missions before retiring in 2001.

NASA believes our moon may help get them to Mars. 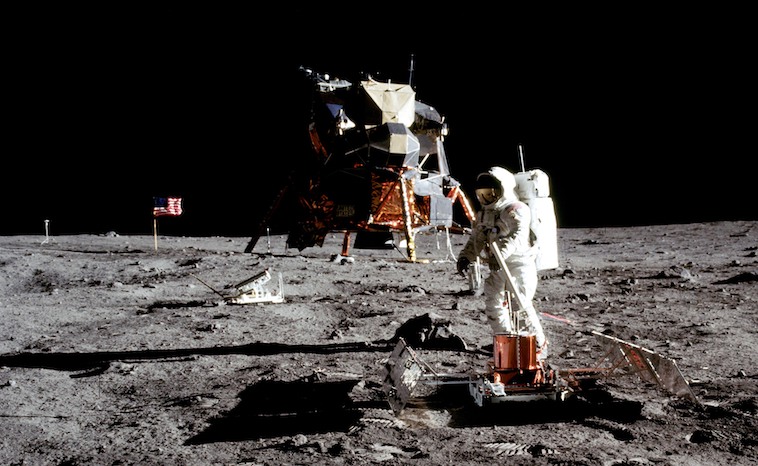 Delivering Technology to the Moon

How will the moon help astronauts reach Mars? To answer simply, the moon may have a water source. Water becomes a necessary element when powering spacecraft. That is part of the reason why NASA recently announced plans to have lunar surface instruments and technology payloads delivered to the moon.

“We are looking for ways to not only conduct lunar science but to also use the Moon as a science platform to look back at the Earth, observe the Sun, or view the vast Universe,” said Steve Clarke, Deputy Associate Administrator for Exploration in the Science Mission Directorate at NASA Headquarters in Washington. (NASA, 2018)

“In terms of technology, we are interested in those instruments or systems that will help future missions—both human and robotic—explore the Moon and feed forward to future Mars missions.” (NASA, 2018)

The United States has not soft-landed on the Moon since Apollo 17 in 1972. The Moon has scientific value and the potential to yield resources. These resources such as water and oxygen, lie in close proximity to Earth to help sustain deep space exploration. (NASA, 2018)

The great news about NASA researching new technology means that we may have that technology in our homes at some point. Watching the payloads go to the moon in the coming years will be exciting to see as well.