Here on Earth, we can construct our houses out of many different types of materials. Some homes are built with bricks, while others may be built from cinder blocks or logs. If and when astronauts make it to Mars what type of home will they live in? What kinds of materials could sustain the harsh Martian atmosphere? Creating a structure on the surface of Mars is an extraordinary challenge. They have extensive limits on transporting materials and the differences in atmosphere and landscape. NASA recently held a contest for people to come up with ideas for house designs for Mars.

NASA selected five winners for their house design contest. The 3D-Printed Habitat Challenge’s goal was to further the progression of sustainable shelters that will someday occupy the Moon, Mars or beyond. As a result, they asked citizen inventors to develop new technologies capable of manufacturing a habitat using indigenous resources with, or without, recyclable materials.

The first place winner had a spider like a vehicle that would house the 3D printer. After landing, the pod would scan its surroundings before selecting an optimum print area. Furthermore, a series of autonomous robots would gather materials like ice, calcium oxide and martian aggregate, for the 3D printer. From here on, the lander seals to the ground to provide a protected, pressurized environment for the structure to be printed. Afterward, the lander would lift its legs to reveal the structure and move on to the next location to build another, creating a small series of rooms.

NASA developed three phases of the competition. The shelter had to include a thousand square feet of space. Also, it had to accommodate four astronauts on a mission to mars as well as a room to store the necessary machinery. 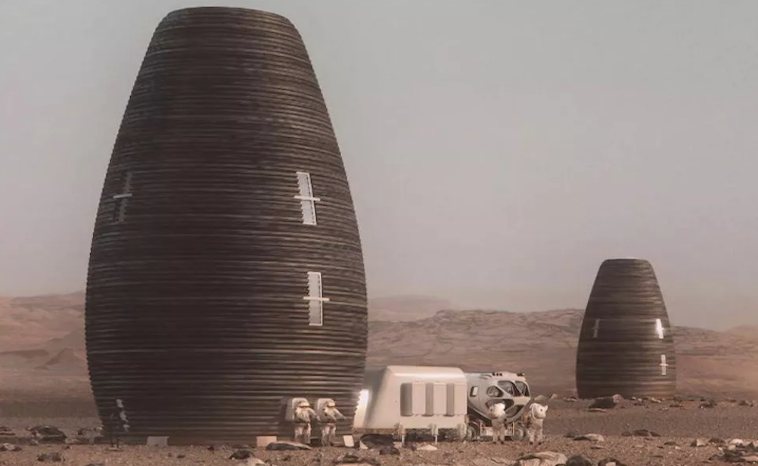 “We are thrilled to see the success of this diverse group of teams that have approached this competition in their unique styles,’ said monsi roman, programme manager for NASA’s series of centennial challenges. “Furthermore, They are not just designing structures; they are designing habitats that will allow our space explorers to live and work on other planets. We are excited to see their designs come to life as the competition moves forward.” (NASA, 2018)

We look forward to seeing the final results of this challenge from these remarkable inventors.