How much do we know about the atmosphere on Venus? NASA’s Discovery program hopes to learn more with a mission called Davinci+. Read on to learn more about this proposed mission.

NASA’s Discovery program is designed for scientists to put forward mission ideas. This year, the Davinci+ program was proposed as a new Venus mission to study its atmosphere. NASA has not visited Venus since 1978.

In 1978, NASA launched the Pioneer Venus mission. This mission included two spacecraft named Orbiter and Multiprobe. The Orbiter launched on May 20, 1978, and reached orbit around Venus on Dec. 4, 1978. It carried an assortment of instruments for investigating plasma in the upper Venusian atmosphere. NASA also wanted it to observe reflected sunlight from the cloud layers at a variety of wavelengths. In addition, the Orbiter carried a surface radar mapper. NASA planned for the Orbiter to operate for one Venusian year or 225 Earth days. However, most of the Orbiter’s instruments were still working when the spacecraft finally entered the atmosphere and burned on Oct. 8, 1992.

The Pioneer Venus spacecraft provided a detailed and accurate picture of Venus’ atmosphere. It recorded the thick cloud layers and the wind systems.  In addition, the ultraviolet light photographs it took showed dark markings in Venus’ cloud tops. Furthermore, it detected radio signals from the planet, revealing almost continuous lightning activity in the atmosphere. The radar experiment mapped 93% of the planet’s surface. This mapping revealed its topography to be more similar to Earth’s. For example, it had high features similar to mountains and flat areas. 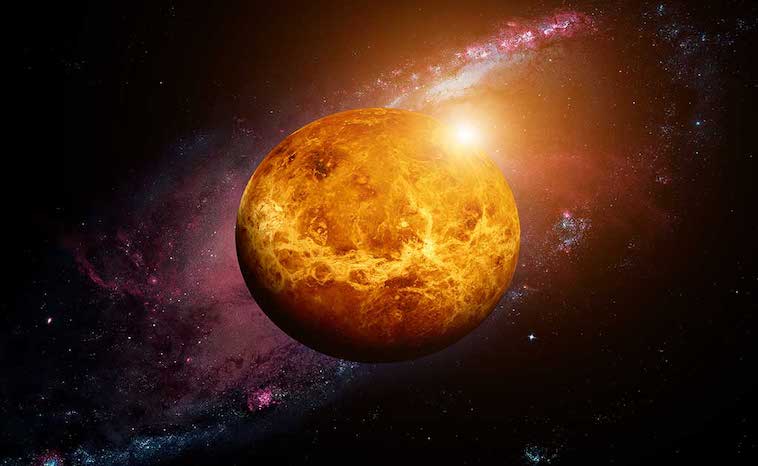 The goal of the proposed Davinci+ program would focus again on Venus’s atmosphere. DAVINCI+ was named after the visionary Renaissance artist and scientist Leonardo da Vinci. Its purpose is to explore the past and present Venus atmosphere. Right now, scientists know carbon dioxide combined with clouds of sulfuric acid and other unknown chemicals make up the atmosphere. Venus’ thick atmosphere is 90 times denser than Earth’s. As a result, it traps heat that bakes the surface to a scorching 900 degrees Fahrenheit (480 degrees Celsius). This temperature is hot enough to melt lead. (NASA, 2020)

NASA wants to drop a spherical probe through the planet’s atmosphere, all the way to the surface. By doing this, they can learn what types of molecules make up each layer. Among other elements, NASA wants to find to krypton, argon, neon, and xenon. Why? These rare gases are inert. This means that they do not react under certain conditions. This information can explain the history of chemical and geological processes that formed and shaped Venus and its atmosphere. Furthermore, DAVINCI+ would also seek out whether or not Venus had surface oceans. Chemicals in the atmosphere may reveal that information as well.

“Our vision for DAVINCI+ is to send a chemistry lab and orbiter to Venus to put the planet into its appropriate context in our solar system,” said Jim Garvin, NASA Goddard’s chief scientist and principal investigator of the proposed DAVINCI+ mission. (NASA,2020)

NASA will make final decisions on proposed missions in 2021.