People on Earth use a lot of energy. Researchers are always trying to find new sources of energy. Is a Dyson sphere a solution for Earth’s energy needs?

Ever since the Industrial Revolution, people have increased the use of energy. As more people populated the Earth, the need for power increased. Aside from coal and natural gas, other energy resources like wind, solar, and nuclear help fill Earth’s energy need. The sun’s energy already helps living things on Earth. Capturing more of the Sun’s energy in space has the potential to solve Earth’s energy needs. How would scientists and engineers accomplish this? Based on the work of Freeman Dyson in 1960, the solution may already be before us.

Freeman Dyson is an American theoretical physicist and mathematician. In 1960, he wrote a paper for Science titled “Search for Artificial Stellar Sources of Infrared Radiation.” In this article, he wrote that an intelligent civilization should figure out how to capture energy from their parent star. Dyson wrote that habits should occupy locations near the parent star to capture its energy. Eventually, these habitats would enclose the sun. He did cite that his idea came from the author Olaf Stapledon in his 1937 novel Star Maker. In this book, Stapledon has an energy transfer shell that encloses a star.

Dyson goes on to say,

“One should expect that, within a few thousand years of its entering the stage of industrial development, any intelligent species should be found occupying an artificial biosphere which surrounds its parent star.” 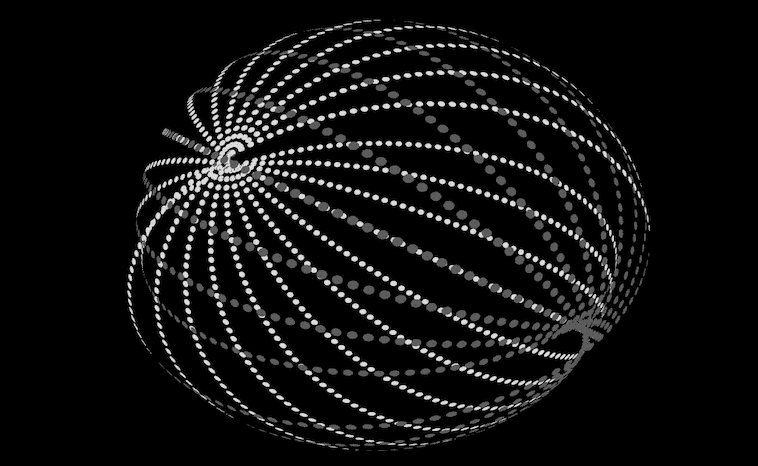 If we could figure out how to make a Dyson sphere, we would have 550 million times more surface area, then Earth has right now. However, a problem does exist with the concept. The lack of gravity in space means that anything hitting the sphere would drop down toward the star and be destroyed. The sphere would be free-floating in space.

Consequently, it would have a difficult time remaining balanced against the star. Without a support structure to keep balance, it would eventually collide with the star. Further, it would require a lot of materials to build the shell.

The Dyson Cloud or Ring

Dyson knew a rigid shell surrounding a star would never work. The solution to the sphere would be the idea that Dyson originally proposed. He suggested a connected swarm of objects on independent orbits around the star. These objects may include satellites that are stable on their own and capable of beaming their energy back to Earth. Another idea would involve an orbit of solar sails. The gravity of the sun would pull them inward. However, the light pressure of the sun would push them outward. Consequently, the solar sails stay perfectly in orbit around the sun. The solar sails could then send their energy back to Earth and take care of Earth’s energy demands.

Have alien civilizations already figured out a Dyson ring or cloud around their parent star? This is something that some astronomers are looking for as they study the universe. The presence of a large object orbiting a star in the concept of a Dyson ring may indicate alien life. Remember, a couple of years back when Yale astronomer Tabitha Boyajian discovered a mystery star? One of her ideas was that maybe a type of Dyson sphere might have been orbiting the star.

Will Earth’s scientists figure out how to capture more of the sun’s energy? It is an exciting concept and certainly one worth exploring. We look forward to seeing what the future holds for Earth’s energy supply.