Imagine tiny spacecraft traveling through space powered by the light of the sun. Can scientists develop ultra-fast light-driven nano-spacecraft? Read on to learn more about nano spaceships.

Researchers want to figure out how to get spacecraft to travel as fast as light. Since the creation of Star Trek and Warp drive the desire and determination to reach planets light years away has motivated hundreds of astronomers.

Solar sails or nano spaceships, may provide the solution to question, “How do we travel at light speed?” These light sails or photon sails use radiation pressure put off by sunlight to move them forward. The vehicles have large mirrors on them that capture the light emitting from the sun. The light pushes the vehicle through space similar to a sailboat pushed along by the wind. Another way to propel the tiny vehicles forward would involve laser beans. The concentration of laser beams would exert a greater force on the sails, far more than sunlight would allow. Solar sail crafts contain few moving parts. They do not have a propellant and therefore their ability to make repeated trips is possible. 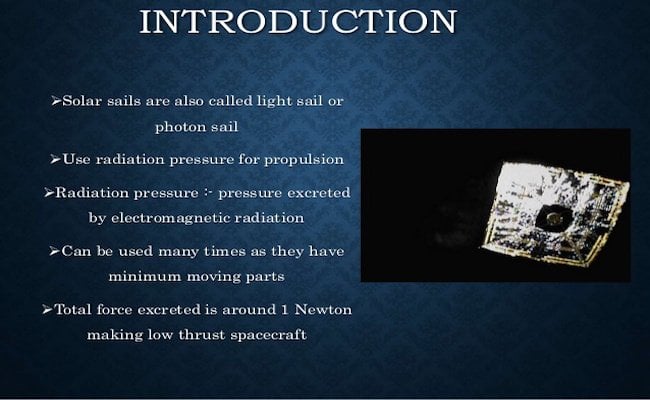 Who Conceived the Idea of Solar Sails?

Many men worked on the concept of solar sails. Each one of the men listed below advanced theories that today have allowed researchers to build these nano spaceships.

A research group named Breakthrough Initiatives is currently working to develop a fleet of light sail spacecraft. Named StarChip, these space crafts will be capable of making the journey to the Alpha Centauri star system. If their nano spaceship can reach speeds 15% to 20% the speed of light, they can reach Alpha Centauri at 4.37 light years away. They believe it will take four years for the knowledge to reach them that the trip was a success.

The nano spaceships measure on the scale of centimeters and weigh a few grams. Once the sails launch, the group will focus ground based lasers on the crafts to accelerate them across space. With tiny cameras on board, they hope to capture high-quality surface features of Earth size planets orbiting in the Alpha Centauri system. By launching 1000 ships they hope to have enough to survive the journey through space debris and interstellar dust.

With these great initiatives, we may see other galaxies in our lifetime. With great determination and some luck, it will be exciting to see how the nano spaceships accomplish their mission.