Have you ever used to a flashlight to look outside at night? Were you looking at an object very far away? Did the light allow you to see it? In 2018 NASA will launch the James Webb Telescope. Read on to learn what they want to see with their new telescope. 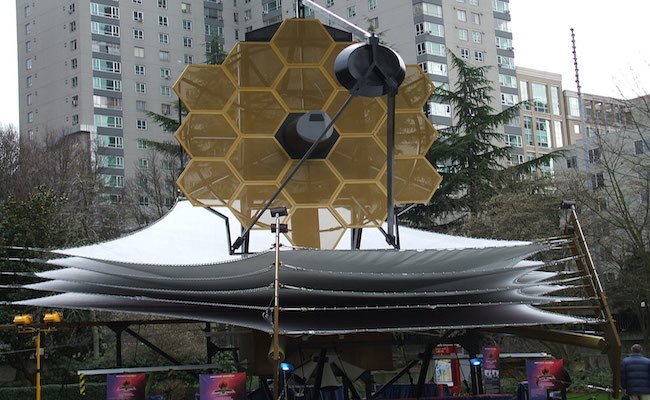 In 2018 NASA will launch the new and improved James Webb Telescope. Scientists have improved their design and capabilities since the launch of Hubble back in 1990. A successful launch along with improved instruments will allow greater sight into space and the mysteries it holds. To see the very first stars and galaxies that formed in the early universe, they have to look deep into space to look back in time.

Who Can Use the Telescope?

Scientists wanting to use the telescope will have to write out a proposal. This proposal will then go under review to see if it holds scientific merit. Those proposals with the highest-ranking merit will be allowed to use the telescope. Studies completed by the scientists will then be published in scientific journals and through out the internet for others to learn from.

How Is It Different from Hubble?

The Hubble telescope allowed us to look deep into space for the first time. The images it sent back revealed billions of stars, numerous galaxies, clear images of rings, and many more amazing discoveries. Hubble orbits closer to the Earth and therefore cannot look as far as scientists would like. The James Webb telescope will look deeper into space to see the earliest stars and galaxies as well as dust clouds. To look inside these dust clouds they look to know more about the formation of stars and planets.

What Questions Do Scientists Want To Answer?

With its longer wavelength coverage and improved sensitivity scientists look forward to launching the James Webb Telescope in 2018. Scientists look back to the first galaxies may lead to better understanding of its formation. What else they may discover along the way may answer some questions, but certainly will lead to more. We look forward to the images this telescope will send us. If they are half as exciting as Hubble’s, we are in for special treat.