Have you ever tried to take a picture of something at night? Were you able to see the image clearly in your photograph? Have you ever tried to take a photograph of something a mile away? How about 26,000 light years away? Scientists want to take special pictures of a black hole next month, but they will need a camera as big as the Earth. How will they accomplish this task? Read on to find out how they plan to take pictures of a black hole.

The center of the Milky Way galaxy contains a supermassive black hole named Sagittarius A. Scientists have observed that it is growing larger as it eats interstellar material with its gravitational pull. The more it consumes, the larger it grows. Currently it is believed to contain the mass of 4 million suns. With it’s distance greater than 25,000 light years away, scientists have located it based on its huge gravitational pull on stars and dust. From April 5th thru the 14th, Scientists from four continents will work together to capture a picture of Sagittarius A.

A black hole is a region of space where matter has collapsed in on it self and become compressed into an incredibly small region. Its gravitational pull is so great nothing can escape from it – not even light. The point of no return, the boundary at which a black hole’s gravitational pull becomes so great nothing can emerge, is known as an event horizon.

Why are they doing this?

How Will They Take the Picture of the Black Hole?

With the radiation (light) providing a background, scientists hope to take a picture of Sagittarius A’s shadow using a radio telescope. Radiation is light. In order to see to the center of our galaxy, through the material and dust that is in our way, we have to use radiation that is about a millimeter in wavelength. Our eyes can only see the wavelengths of light that is hundreds of times shorter than the wavelengths needed to see in space.  An optical telescope cannot capture millimeter wavelength radiation; it can only capture shorter wavelengths. The problem lies in the fact that the radio telescope would have to be basically the size of the Earth to capture the image, since the black hole is covered essentially in space dust. 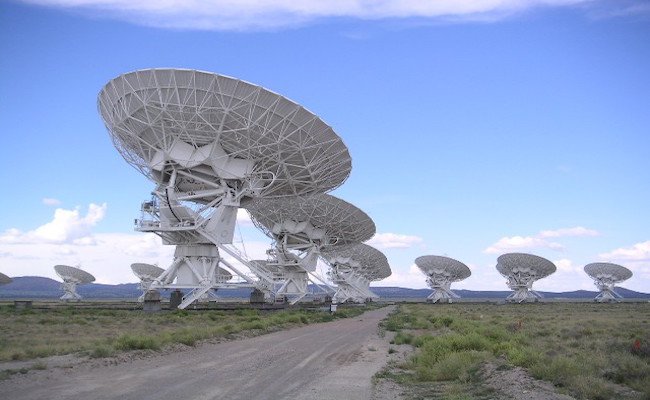 Knowing they cannot build a radio telescope that size, scientists from all over the world have worked together to set up what is known as the Event Horizon Telescope.

As with any camera taking a picture in a dark room, scientists will need light in order to capture the image of the black hole.

Where will the light come from?

As space material swirls around Sagittarius A they become very hot and give off electromagnetic radiation (light) that is able to be seen by radio telescopes. Scientists plan to use their telescopes located in the South Pole, the Andes, Hawaii and Europe to capture the light as a background to the shadow being cast by the black hole. With all of them watching the same black hole at the same time, they will be able to send that information to The Event Horizon Telescope. The image of the black hole can then be created from the information gathered into one machine.

It will take the scientists approximately nine months to complete their work. With success, they should be able to prove Einstein’s theory or deny it. Either way, we will know more about the shape of Sagittarius A’s black hole.