How do we know how far away everything in the universe is? Who were the first astronomers to measure? What tools did they use? Read on to learn more about measuring the distance from the Earth to the Sun.

How do we know the distance from the Earth to the Sun? One would assume that measuring the Sun would take complicated math and known objects. Today astronomers use a technique called triangulation. They look at a star one day and then look at it again six months later. The astronomer can see a difference in the viewing angle for the star. Using trigonometry, they can calculate the distance. However, they have to start with some known numbers to get the calculation correct. Those known numbers come from the moon and our Sun.

The first person to measure the distance to the Sun was the Greek astronomer Aristarchus. He used the phases of the moon to estimate the sizes and distances of the Sun and moon. During a half-moon, the three celestial bodies should form a right angle. He measured the angle of the Earth between the Sun and the moon. Aristarchus estimated this angle to be 87 degrees, not far from the true value of 89.83 degrees. But when the distances involved are enormous, small errors can be quickly magnified. Aristarchus determined the Sun was 19 times as far from the planet as the moon. Therefore, reasoned that the Sun was 19 times as big. His result was off by a factor of more than a thousand. In fact, today, we know that the Sun is about 400 times larger than the moon.

“Aristarchus’ measurement was probably off because first, it is hard to determine the exact centers of the Sun and the moon. Second, it is hard to know exactly when the moon is half full,” says Cornell University’s website. Even in his error, Aristarchus did conclude that the Earth revolved around the Sun 1700 years before Copernicus. 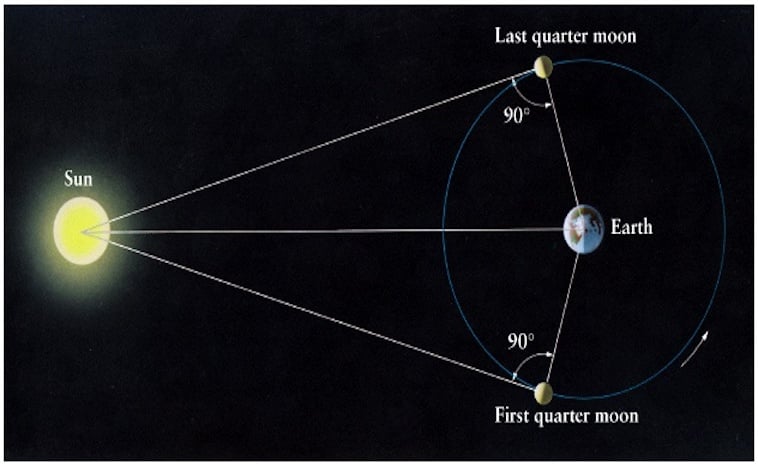 Christiaan Huygens worked on the distance equation in 1653. However, he used the phases of Venus instead of the moon for his calculation. Remarkably, he guessed the correct size of Venus. According to a paper written in 1985 by S.F. Goldstein Jr., from the University of Virginia, he more than guessed.

The beginning of the 17th century showed increased efforts to measure the Sun’s distance. In 1672, Cassini used a method involving parallax on Mars to get the correct measurement of the astronomical unit. The idea of parallax is simple. Parallax is the difference in angle observed due to the differing observing positions. The smaller the parallax, the larger the distance. In 1716, Edmond Halley published a way to use a transit of Venus to measure the solar parallax accurately. The solar parallax was the difference in the Sun’s position in the sky due to observers at different latitudes. Astronomers knew the distance from the Earth to the Sun.

With math and useful observations, astronomers determined the distance of the Earth to the Sun. It took many years, but thankfully their conclusions were correct, and we can safely travel into space.