Where Apollo once stopped, Artemis takes over

Today’s grandparents witnessed the landing of robots on the Moon. And in the seventies, we had people up there. After several Apollo landings where twelve astronauts walked through the regolith dust of an alien body – we are back!

On November 16, 2022, the giant SLS rocket, which carries a capsule on top of it that will carry astronauts there in the next few years, took off from the rocket launch site in Florida on its way to the mighty Moon. The rocket took off from the same launch pad (39B) from which the Apollo spaceships took off.

During the forty-two days of the mission, all elements of the spaceship, rocket, flight in space, maneuvers around the Earth and the Moon are to be tested in order to perform the next rehearsal (Artemis 2) in two to three years.

If everything goes according to plan, people will go to the Moon in the Artemis 3 mission. NASA has already provided funds for the construction of several spacecraft from the Artemis program. This means that we will have at least a manned mission to the moon.

Here we arrive at a crucial question.

Will we stay on the Moon this time with permanent flights, a crew in the lunar habitat, a space station, or will we return to Earth again in ten or fifteen years with more unfinished business?

You see, In the 1970s, the Moon landing was a crucial geopolitical issue. The Soviet Union then beat the USA in all aspects of space exploration. All they had left is the Moon.

Harnessing all their scientific and technological capacities, they succeeded. The Americans were the first people on the Moon, with the inscription on the memorial plaque that remained there that people came to another celestial body in peace and in the name of all humanity. 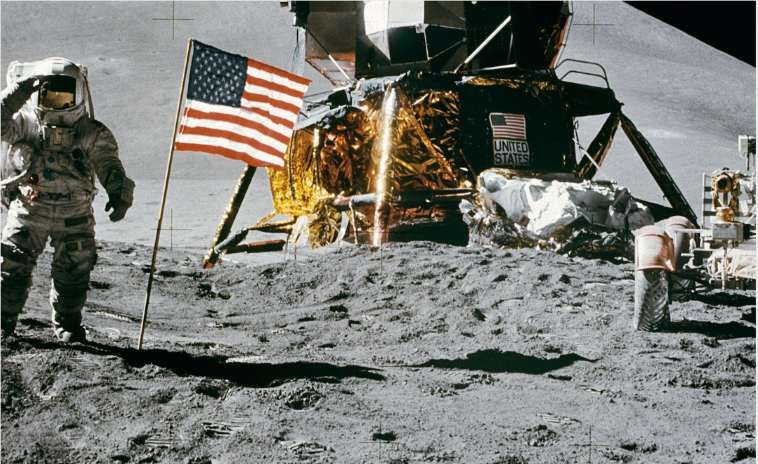 How is the situation these today? Similar, very similar, with the difference that several countries, China in particular, are looking at the moon. The Americans have invested heavily, hundreds of billions of dollars are yet to be spent. The flight of just one Artemis rocket is estimated at over four billion USD. A hundred billion dollars will cost the Artemis 1, 2 and 3 missions with the landing of the first men on the moon!

Technologically, the Artemis program is an “updated” Apollo. At the start, a hundred-meter-high rocket, and at the finish line, the astronauts return in a capsule the diameter of a small city car.

The Artemis program is the result of twenty years of wandering and occasionally even incoherent plans for the flight of a man outside the Earth’s orbit. In any case, going to the moon and safely returning people to Earth from there is not a simple or naive task.

Did you know that you can monitor the flight in real time with a camera from the Orion spacecraft? Looking at Earth from a distance should remind us just how tiny we appear in the universe!