Scientists refer to space plasma as the fourth state of matter after solid, liquid, and gas. By definition, space plasma is a state of matter similar to gas in which a particular portion of the particles has been ionized. Plasmas are found throughout the Solar System and beyond: in the solar corona and solar wind, in the magnetospheres of the Earth and other planets, in tails of comets, in the inter-stellar and inter-galactic media and the accretion disks around black holes. There are also plasmas here on Earth, ranging from the inside of a nuclear fusion reactor to a candle flame. (University College Of London, 2019) Scientists want to learn as much about plasma as they can so they can apply this information to nuclear energy generators. 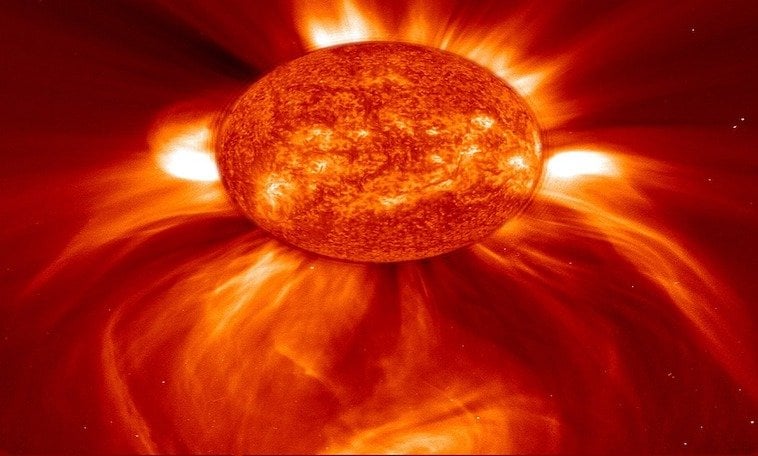 A particle becomes ionized when it loses an electron.  All-stars and most of what’s in space are made up of plasma. Plasma occurs when gas gets heated to the point where the electrons break free from their atoms to form an ionized and conductive fluid. Although it is abundant in space, it is tough to produce in a lab here on Earth. The extreme conditions it needs to form prevent these types of experiments. To fuse two hydrogen atoms, it would take temperatures of 100 million kelvin. At that temperature, any materials used for encasements would become vaporized. A confinement technique like a strong magnetic field would also be needed.

How Can Plasma Be Used?

Scientists use the sun to see how plasma behaves in naturally occurring conditions. By studying the sun, they can learn how to use the energy in nuclear energy generators in the form of magnetic confinement fusion reactors. These are a safer, cleaner, and more efficient alternative to fission reactors. Fission reactors break atoms apart instead of fusing them together. In addition, fission reactors used radioactive fuel like uranium to power them. The Chernobyl event of 1986 is an excellent example of what happens when there is a break in the reactor. As energy demands, so will the need for better energy sources here on Earth.

Physicists from the Budker Institute of Nuclear Physics of the Siberian branch of the Russian Academy of Sciences in Novosibirsk have conducted experiments aimed at successfully harnessing the power of thermonuclear plasma for use in a rocket engine. In late 2018, the institute began operation of a unique installation, known as the SMOLA, the Russian acronym for “Spiral-based Magnetic Open Trap.”  The SMOLA moved forward toward the creation of a fusion reactor.

The “plasma trap” allowed scientists to work on confining plasma in a linear magnetic system. Eventually, they hope it will help lead to the creation of a prototype plasma engine suitable for space travel. Russian scientists achieved a temperature of 100,000 degrees to form the plasma. Consequently, they reached a sufficient density which provided them with data suitable for further work on the creation of a plasma-based rocket engine.

Plasma-based rocket engines have the potential to help the future of space exploration.