The expansion of the universe

Recent observations suggest that the cosmos is not only expanding but it is doing so faster and faster. Astronomers say this is because of a force astronomers call dark energy. So, the main role in answering the question of the fate of the universe is taken over by the theory that the cosmos must expand, but for how long?

If, in the face of expansion, gravity won, the universe would eventually stop expanding. And after a while it would start to shrink, more and more, until the moment it ceases to exist, i.e. to the point from which it originated.

This new point can explode again into a new and incomprehensibly different universe, with a completely different structure and physical laws.

However, some extinct stars, very few of them, will manage to escape through black holes. In the encounter with other dead stars, in a complex web of gravitational influences, they will be thrown out of a slingshot into the endless desolation of space, far from everything. 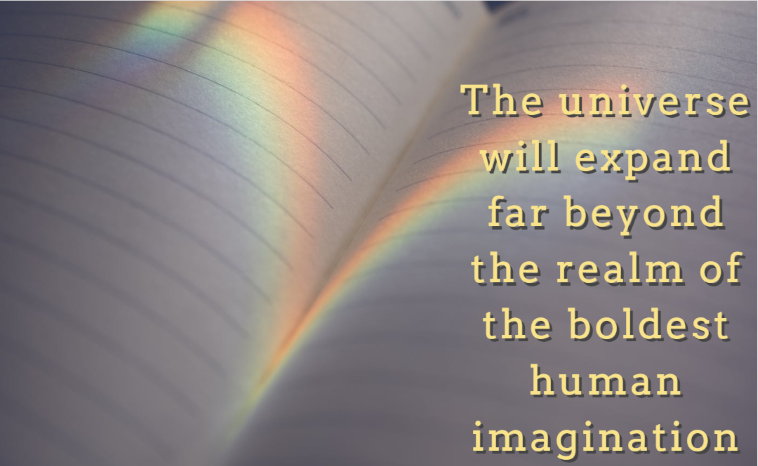 In the meantime, the universe will expand far beyond the realm of the boldest human imagination, and what is left will wander through this vast expanse: black holes, very thin clouds of dust, runaway planets, black remnants of former stars that escaped extinction in black holes and fine dust of subatomic particles, neutrinos, positrons and maybe some others that are now unknown to us.

But that’s not the end of the story. After such a long time that it makes no sense to mention it, everything, even the black holes themselves, will evaporate.

Because, although we have learned that nothing can come out of a black hole, they still, under certain conditions, emit weak thermal radiation.

It is obligatory to note that Hawking came to that conclusion in 1974. and that it turns out that “black holes are not completely black”.

This radiation is small and lasts immeasurably long, but when you have plenty of time then it is not really a problem, right?

Well, that’s not all. In the end, the atoms themselves, and even the particles of which they are made, break up into photons and neutrinos. And then eternity begins, barren, without physical events.

All that remains is for time to stop.

If you want to read more about the universe, visit the rest of our cool blog!