The Center of the Universe: Where, Exactly, Is it?

The word “universe” is known to almost everyone from an early age. When we raise our heads and hold our breath, we look at the endless sky, filled with a million shining stars. We often ask ourselves, “How infinite is our universe? Are there spatial boundaries and will we ever find the place known as the center of the universe?”

What We Know So Far

We can see a whole series of dazzling stars with the naked eye, but also with the help of optical instruments, such as telescopes. Through them, we can also see many far away galaxies, but certainly not all of them. Since we cannot yet see the whole universe, its boundaries are not accessible to our eyes. It is also impossible to determine its shape with certainty. It is usually presented as a disc, but it may turn out to be round and oval. And no less controversy arises over the question of where the center of the universe is located.

For such a point to exist, it needs to be special in some manner. Let’s explore some interesting types of effects that could create such a center.

The Center of Rotation

Scientists have explored the possibility that the universe rotates and thus, could have a center of rotation. Following the basic principles of physics, if an object can rotate, it must also have a center of rotation. A fine example would be imagining a skilled basketball player spinning a ball on the tip of his finger. Since the ball rotates it has a central point where the rotation begins. This is the spot where the finger is in contact with the basketball. Another example is Earth’s axis connecting the poles. So far, there is no evidence of the universe rotating as a whole and therefore, we cannot find a center of rotation.

Current knowledge points to the notion that our universe is uniform and infinite. These uniformities are randomly scattered, but the uniformity of stars and planets is based on a universal scale. This practically means that all points are deemed as identical. This suggests that we have no way of determining the mass center of the universe.

On the other side, for something that is finite, it is possible to calculate the mass center as a point that on average has a similar amount of structure enclosing it on all sides. Furthermore, if an object is infinite but not uniform, we are also able to calculate the MC. We do this by adding boundaries and focusing on a single non-uniformity, a higher-density region or node that stands out.

As a plethora of astronomical data suggests, the universe is indeed expanding. The so-called “Big Bang Theory” was proposed to the entire astronomical community by Fred Hoyle, a famous physicist, as an explanation of the origin of the universe. According to this theory, the space that our universe now occupies appeared as a result of a very rapid expansion, similar to an explosion, from the infinitesimal initial volume. Looking back in time, there must have been a moment when the universe was compressed to one point only. On the one hand, in all human representations, such a model must not only have certain boundaries, but also a center where the expansion began. But further theories have revealed that this is not the case. Since space itself generated the Big Bang, it also means that the bang was in fact not coming from one point, but rather happening everywhere. 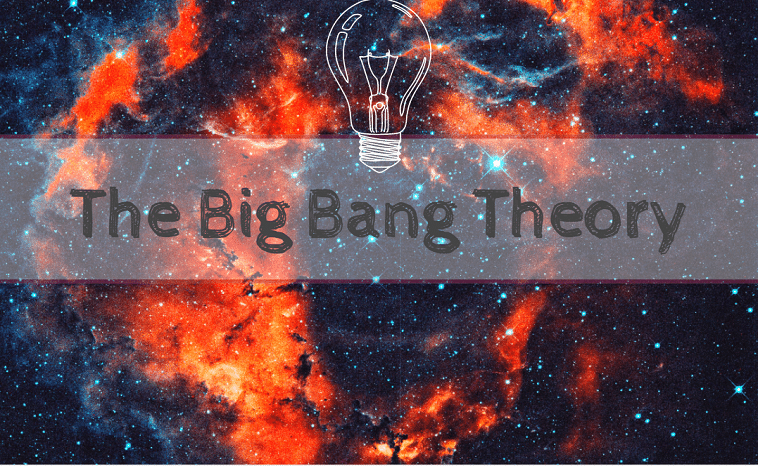 The so-called Cosmic Background Radiation that the Big Bang left also indicates that there is no center of expansion. Thanks to this light we see very distant parts of galaxies as they were in the past. What we see is a special cosmic background, from which absolutely any part of the universe can be seen. You can think of it like a time-machine.

So far, we know that the universe does not rotate, is uniform and infinite. If there is indeed a center, perhaps we simply cannot see or locate it. After all, there are materials and phenomena that people living in a limited three-dimensional space cannot imagine. So, the point, which is the astronomical center of the universe, may even be in another dimension that is simply inaccessible to us. At least for now.