The sky we all know above our heads looks completely different when seen in the X-ray spectrum. What radiates in such a way? What do scientists learn from such data? Let’s answer these by getting acquainted with one of the largest X-ray telescopes of the last 15 years!

The X-ray telescope is designed to observe distant objects in the X-ray part of the spectrum. To work with such telescopes, it is usually necessary to raise them above the Earth’s atmosphere, which is opaque (due to absorption) to X-ray radiation.

Therefore, telescopes are placed on rockets that fly to high altitudes, balloons or artificial Earth satellites. Their mirrors subtend a very small angle of reflection.

The basic elements of a telescope are optics (focusing or collimating), which collects the radiation entering the telescope, and a detector where the radiation is collected and measured. Different designs and technologies are used for these elements.

Many of the existing telescopes on satellites are composed of:

Due to the high energy, X-ray quanta are practically not refracted in matter (hence, it is difficult to make lenses) and are not reflected at any incident angle.

X-ray telescopes can use several techniques to focus the beam.

The limited capabilities of X-ray optics result in a significantly narrower field of view (typically <1 degree) compared to telescopes operating in the UV to visible spectrum.

Mirrors can be made of ceramics or metal foils covered with a thin layer of reflective materials, usually gold and iridium.

The state corporation Roskosmos managed to put into orbit the Russian-German X-ray space observatory Spektr-RG, one of the most important scientific projects for Russia in recent years. 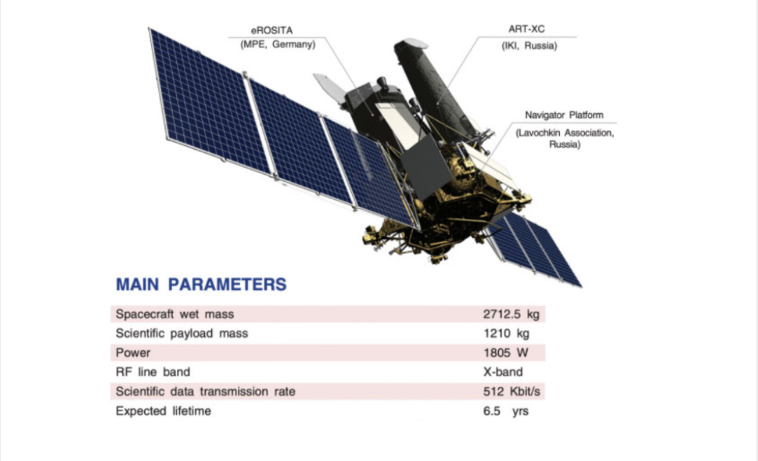 Also, the working life of Spektra-RG is estimated at 6.5 years. The first four years will map the entire sky, while the rest will be spent looking at certain objects.

eROSITA (ROentgen Survey with an Imaging Telescope Array) is an X-ray telescope weighing 815 kg worth €90 million.

It was developed by the MPE Institute (Max Planck Institute for Extraterrestrial Physics) from Garching, Germany.

The metal ‘mirrors’ are placed in such a way that the angle of incidence of the photons is very small – so that each telescope has 54 reflective surfaces covered gold.

Each of these modules is cooled to -95º C to increase their sensitivity.

eROSITA is expected to discover over 100,000 galaxy clusters

The primary scientific goal is to measure dark energy through the structure and history of the universe traced through these galaxy clusters.

ART-XC was produced by the Russian institutes IKI and VNIIEF in cooperation with NASA’s Marshall Space Center, although the US agency is not formally involved in the mission. 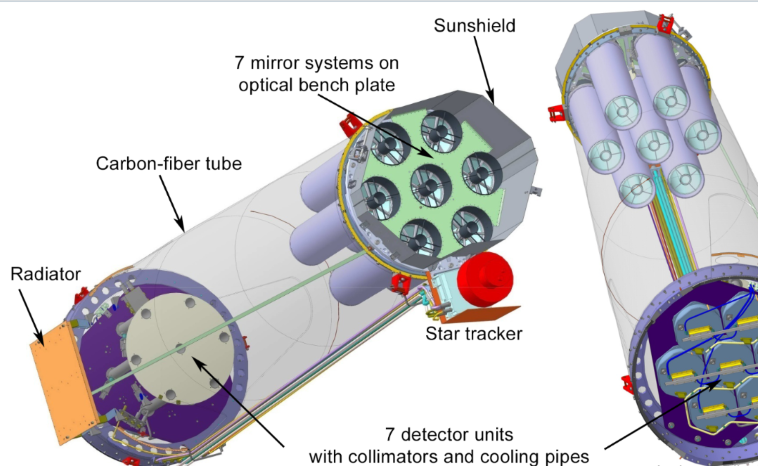 The main goal of Spektra-RG is the study of:

It is believed it will manage to discover up to three million new active galactic nuclei and analyze the hot intergalactic medium between fifty and one hundred thousand galactic clusters, which will also reduce the uncertainty of the value of dark matter and energy in the universe.

Spektr-RG is one of the most important space science projects for Russia in recent years.

By May 2020, about 75% of the sky has been scanned already, and the observatory sends 500-700 gigabytes of information to Earth every day. It is expected that the program of observing individual galaxies will begin in the fall of 2023.

Telescopes are truly making a difference up there! On that note, have you heard of the bombastic Super Star Gift set that includes an OSR mini telescope?

Start your own adventure and explore the sky.