The Qualities in Astrology: Cardinal, Fixed, and Mutable Signs

The twelve zodiac signs can be divided or grouped in several ways. The basic division by symbols or elements is into fire, earth, air, and water signs. In this blog, we will explore further how they can be grouped by their qualities.

Division of Zodiac Signs According to Qualities

All zodiac signs can be divided into groups depending on the element to which they belong to or according to qualities. For the second division, the signs of the Zodiac are further split into three groups of four signs. This gives the basic principles of action and activity. Basically, they represent different ways of reacting to external circumstances. Quality is the style in which a person acts, it describes the basic nature of man, while the elements are essential for human existence. Quality defines the basic nature (whether a person is abrupt or stable, changeable, or unstable, etc.) or the way somebody approaches things and how they react to circumstances. Quality specifically describes the way a person copes with challenges and stress.

These are the most enterprising personas, interested in initiating change. Their way of working is to start new things. They are starters, a crisis motivates them, and they are always one step ahead of everyone. The Aries seeks leadership and control as a whole; Cancer controls emotions, home, and family; Libra tries to control the relationship with the partner, while the Capricorn controls the material environment. For cardinal characters, things always happen. The four cardinal signs also mark the start of each season. 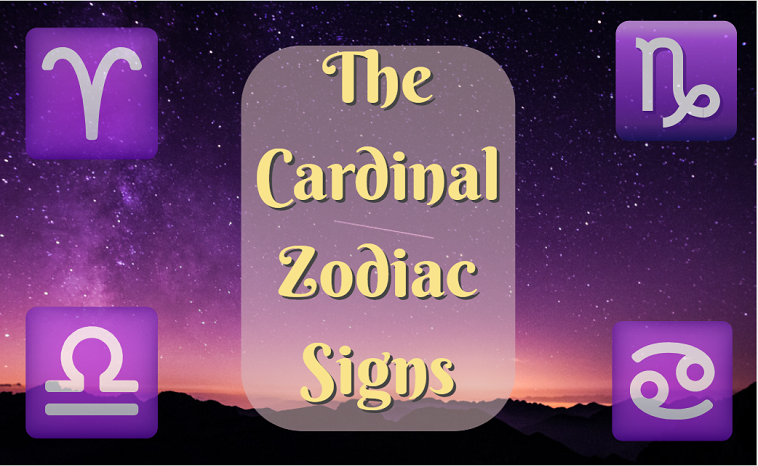 Cardinal quality indicates constant activity which is often self-initiated. Obstacles and difficulties are never a problem, and resourcefulness in working under pressure and stressful situations is certain. The dominance of cardinal signs causes the need to constantly start something where there is a problem with completing it or, on the other hand, with starting too many things at the same time. As these are people who quickly get bored, the lack of perseverance creates problems, as well as excessive activity that can cause haste. The lack of cardinal quality makes people just observers without the ability to do anything concrete.

While the cardinal signs take action on their own, fixed signs usually wait for something to happen. The basic characteristic of fixed signs is the need for security and stability, and that is why it is difficult for them to enter new things, they are reluctant to modify something, so things often happen to them with a delay. But when they decide something, they do not deviate from the action and consistently implement it. They need to have someone by their side who will stimulate them and help them start changes. 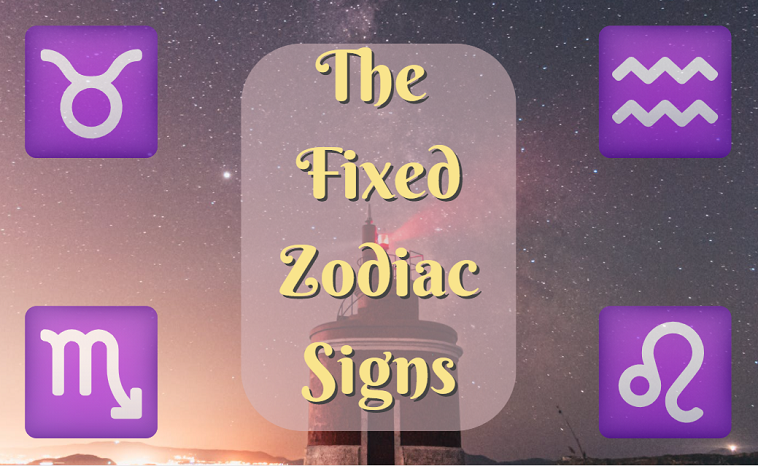 The dominance of fixed signs can cause selfishness and inflexibility. Nonetheless, these people are the most stable and independent. Their way of acting is passive, but determined, unwavering, and even stubborn. Their strength is their consistency and loyalty. They follow things to the end, manage and maintain what the cardinal sign has begun. They have resistance to uncertainty in life and need time to prepare for it. They tend to be late. Taurus is just slow; Scorpio uses slowness as a subtle way to fight for power; Leo enjoys making decisions; Aquarius wants things his way.

The lack of a fixed quality leads to problems with completing the things started and with developing a structure of stability, which as a result causes an obsession with finishing and organizing. People with a lack of fixed quality test their own willpower by committing to overly demanding goals and projects that are very rare and difficult to bring to an end.

These signs are the most unstable and most open to environmental influences. Their way of acting is to move from the old to the new, opening the way for the cardinal signs to start a new cycle. They are infinitely flexible and tolerant and find it natural to give in. 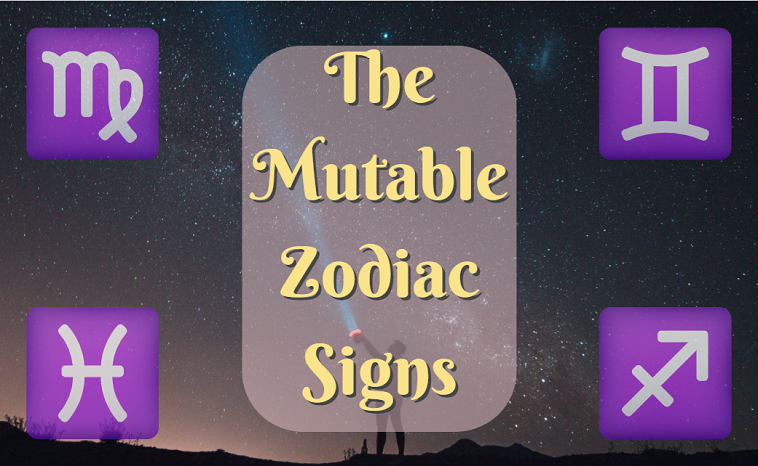 While the cardinal signs start new things, the fixed maintain them, the mutable adapt to the new and change the conditions. With this comes mental worries. With changeable signs, a lot happens in the heads, less in the material form. Some suffer from negative mental tensions, including fear, paranoia, and panic attacks. In predicting a negative outcome, they really suffer and worry. But their high adaptability seems to always get them out of it. The Gemini have changeable ideas; the Virgo dominates her surroundings; the Sagittarius is constantly changing their view of life’s possibilities, while the Pisces adapt superficially to their environment (like a chameleon). Sometimes the compromises are so great that they sacrifice their own interests.