Vera Rubin once pioneered the thought of dark matter existing in the universe. She now will have an observatory named after her. Read on to learn more about this pioneer.

In 1938, ten-year-old Vera Rubin built her first telescope with her father. A curious child, Vera developed an interest in stars by observing them outside her window in Washington, D.C. ‘’I decided at an early age that we inhabit an inquisitive world,” said Vera, years later. With curiosity and determination, Vera attended Vassar College and graduated with a Bachelor’s Degree in Astronomy in 1948. Sadly, Princeton University denied her application for their master’s degree program because they did not take female students. However, Cornell University accepted her request, and she received her Master’s Degree in 1951. From there, Vera went on to make some amazing discoveries within our universe.

Her studies and career led her into the world of orbiting galaxies. Specifically, the questions that arose were centered around what caused them to rotate? As she worked to resolve these questions, she worked as an instructor until 1965. In 1965, she went to work at the Carnegie Institute with astronomer Kent Ford. His work involved making advanced spectrometers. Using his instruments, Mrs. Rubin advanced her theory on galaxy clusters. Mr. Ford’s instrument allowed her to see stars that otherwise had appeared dim.

Furthermore, Mrs. Rubin investigated the rotation curves of spiral galaxies. Her work focused on the Andromeda galaxy since it appeared the closest. She observed the outermost components of the galaxy were moving as quickly as those close to the center. This was an early indication that spiral galaxies were surrounded by dark matter.

She concluded that the stars in the outer spirals were orbiting so fast they should have flown apart. The mass of visible stars wasn’t enough to hold the galaxy together. There was an extraordinary amount of matter missing. 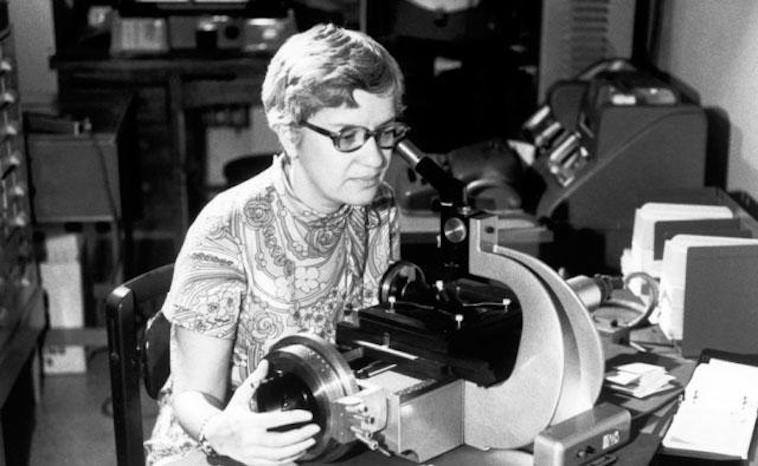 On December 20, 2019, the Large Synoptic Survey Telescope was renamed by the National Science Foundation to the Vera C. Rubin Observatory.

“Named after an astronomer who provided important evidence of the existence of dark matter,” wrote France Córdova, former director of the National Science Foundation. The observatory, jointly financed by the N.S.F. and the Department of Energy, under construction on a mountain called Cerro Pachon, in Chile, will begin operating in 2022. Furthermore, by recording images of the entire sky every few days, it will produce a time-lapse movie of the universe.

Among its main missions, the Rubin Observatory will investigate the cosmic push-pull between dark matter and dark energy, peeling back layers of the sky and the past. As a result, its data will chart how fast clusters of galaxies drawn together by dark matter gravity, have grown over cosmic time. In addition, it will show how fast the spaces between these clusters, created by the push of dark energy. have grown as the universe has expanded.

“The Rubin Observatory is expected to significantly advance what we know about dark matter and dark energy,” Dr. Córdova said

Although Mrs. Rubin never won a Nobel prize, the Carnegie Institute has created a postdoctoral research fund in Rubin’s honor. The curiosity and determination of a once ten-year-old child changed the world of astronomy forever.