English born theoretical physicist Freeman Dyson has died. Read on to learn more about his contributions to science.

What happens to a four-year-old that tries to calculate the number of atoms in the Sun? He grows up to be physicist Freeman Dyson. Dyson added to the areas of quantum electrodynamics, solid-state physics, astronomy, and nuclear engineering.

Freeman Dyson grew up in England and earned a scholarship at the age of 15 to Trinity College in Cambridge. Most people referred to him as a mathematical genius. By the age of 19, he helped the Royal Air Force during World War II. Dyson developed an analytical method for calculating the ideal density for bomber formations to support the Royal Air Force bomb German targets.

At the age of 24, he published two papers on number theory. Number theory involves work with integers and integer-valued functions. After publishing his papers, he moved to the United States to study at Cornell University. In 1957, Dyson became a United States citizen. 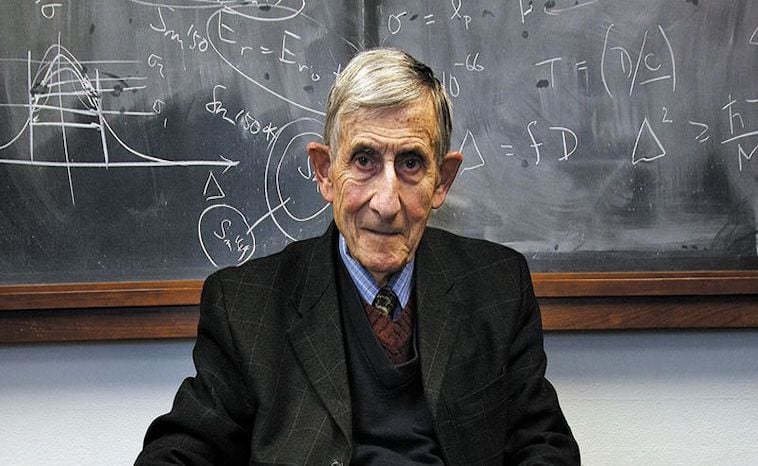 Projects Thru His Life

Freeman Dyson contributed to the areas of Science with several projects over his lifetime.

Dyson was interested in space travel since he was a child. From 1957 to 1961, Dyson worked on Project Orion, which proposed the possibility of space-flight using nuclear pulse propulsion. Above-ground testing met with resistance. Dyson agreed with the idea that only underground testing of nuclear weapons. However, in 1965 the project ended. At this time, Dyson was 42 years old.

He also developed a project called Dyson’s tree. This idea involved plants on comets. Plants could produce a breathable atmosphere within hollow spaces in the comet. Then plants could use solar energy for photosynthesis and cometary materials for nutrients. Therefore, a type of greenhouse would exist as a self-sustaining habitat for humanity in the outer solar system.

Dyson’s sphere was a contribution to the area of space exploration. In 1960, he wrote a paper for Science titled “Search for Artificial Stellar Sources of Infrared Radiation.” In this article, he wrote that an intelligent civilization should figure out how to capture energy from their parent star. He suggested a connected swarm of objects on independent orbits around the star. These objects may include satellites that are stable on their own and capable of beaming their energy back to Earth.

He also proposed Dyson’s eternal intelligence. In this theory,  an immortal society of intelligent beings in an open universe may escape the prospect of the heat death of the universe. How would they do this? By extending subjective time to infinity even though expending only a finite amount of energy.

Dyson won numerous scientific awards, but never a Nobel Prize. Once asked about the award, he remarked, “I think it’s almost true without exception if you want to win a Nobel Prize, you should have a long attention span.  For example, get hold of some deep and important problem and stay with it for ten years. That wasn’t my style.”

We will forever miss the great mind of Freeman Dyson. May he Rest In Peace.