The team of researchers are trying to determine what has gone wrong with NASA’s Kepler planet-hunting observatory sometime between April 4th and the 7th (2016).

Kepler went into ’emergency-mode’ nearly 75 million miles from Earth. The extended mission of this spacecraft is to seek out worlds around other stars, but it may be cut short with the glitch that has interfered with its 3.1-foot (95-centimeter) telescope.

Once in ’emergency-mode’, the agency tells us, Kepler will be at its lowest operational mode and will be fuel-intensive, meaning the spacecraft is burning its finite supply of hydrazine fuel at a faster rate than usual.

This situation is enough for the manager to declare an emergency, thus giving the team priority access to NASA’s Deep Space Network; a global array of communications antennas used to contact faraway space probes.

“Recovering from EM (emergency mode) is the team’s priority at this time.”

What happened to Kepler?

According to findings, Kepler was about to conduct a flip maneuver, which is when it aims its telescope in a different direction; however, the telescope remained in the same position. This change was so Kepler could point towards the center of the Milky Way in hopes of locating some rogue planets (bodies careening through the galaxy without orbiting a star). 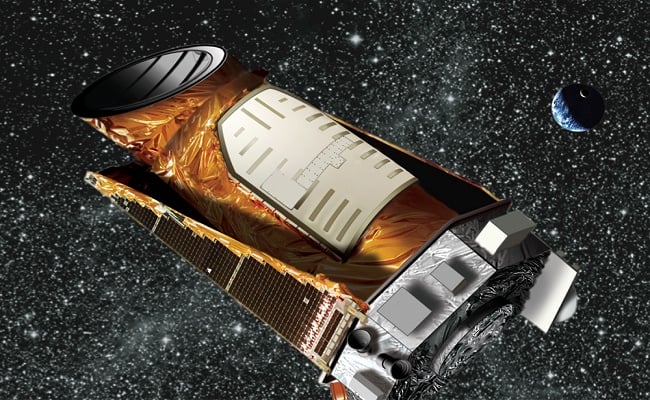 Kepler’s original four-year mission (March 2009 until early 2013) had its telescope aimed at the same field of 150,000 stars in both the Cygnus and Lyra constellations. The mission was in hopes of finding an Earth-sized planet at just the right distance from a sun-like star where life could exist.

But after Kepler lost two of its reaction wheels, scientists adjusted the observation plan for the “K2 mission.” This re-programming shifted Kepler’s gaze to different parts of the sky every few months.

What are the reaction wheels?

The wheels spin between 1,000 and 4,000 rpm, generating momentum for precise pointing of the telescope. Two wheels are not enough to keep the telescope staring at the same region of the sky for a long duration, and Kepler’s chemical rocket thrusters do not have fine pointing capability.

So far despite the problems Kepler has had, astronomers have been able to analyze data which points to the discovery of more than 1,000 confirmed exoplanets, and another 4,000 other exoplanet candidates that will require follow-up observations to confirm whether they are false positives or not. So far, Kepler’s mission has been the most successful to date.

Unfortunately, officials said the failure of another reaction wheel would further degrade its pointing precision, likely spelling the end of Kepler’s science mission. Let’s keep our finger’s crossed that Kepler will remain intact long enough to get all the information scientists need.

NASA Build Your Own Working Rover or LEGO Rover