Astronomers at the University of Warwick have discovered a new wonder that could change the way we perceive the process of a dying star. With the help of Kepler spacecraft a white dwarf (PG1149+057) in the constellation of Virgo was targeted and what they discovered may make your heart skip a beat.

The White Dwarf Sirius B

A typical white dwarf is a star (like our Sun) that has exhausted its nuclear fuel, meaning it has expelled its outer material leaving behind a planetary nebula. The remaining hot core can reach temperatures exceeding 100,000 Kelvins. It will then begin to cool down over the next billion years. In addition, due to the star’s inability to create fusion, gravity compacts its matter inward, making the star smaller and denser over time.

The closest known white dwarf to Earth is Sirius B. It is located only 8.6 light-years away and is the smaller component in the Sirius binary star. This star shines the brightest in the night sky and will gradually become more luminous as it moves towards the Earth over the next 60,000 years. 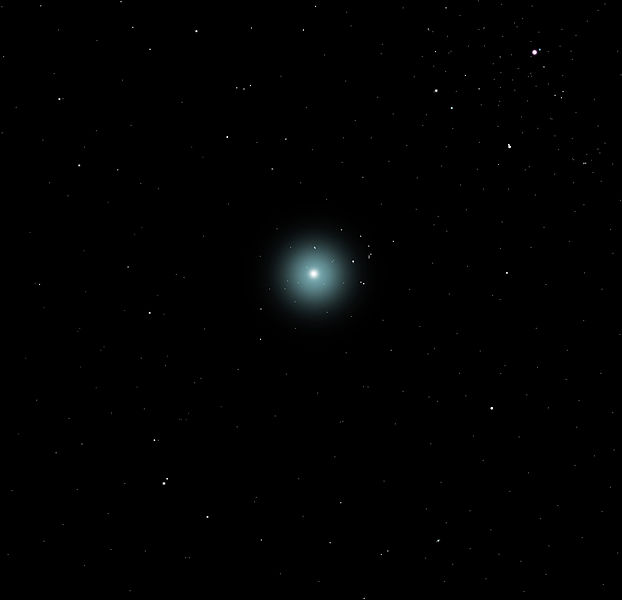 By Sephirohq (Own work) [CC BY 3.0 (http://creativecommons.org/licenses/by/3.0)], via Wikimedia Commons

We most likely think of the heart when we hear the word “arrhythmia,” but with the case of PG1149+057 its erratic pulsations are also giving this word a run for its money. Not only does this white dwarf pulse with a regular rhythm, but Kepler’s unmoving lense has captured intense fluctuations in this star’s luminosity. Dr JJ Hermes of the University of Warwick’s Astrophysics Group explains;

“We have essentially found rogue waves in a pulsating star, akin to ‘irregular heartbeats’. These were truly a surprise to see: we have been watching pulsating white dwarfs for more than 50 years now from the ground, and only by being able to stare uninterrupted for months from space have we been able to catch these events.”

White dwarfs are generally thought to pulsate for decades, keeping a steady beat for nearly 40 years. This is largely due to the star achieving the precise temperature to generate a surface-mix of partially ionized hydrogen atoms. These atoms then store up, releasing energy which causes the star to pulsate every few minutes.

Why is this so important?

Astronomers use the “heartbeat” of white dwarfs, like seismologists use earthquakes on our planet; to see into the interior of the star.

Kepler’s mission with PG1149+057 was to learn more about its dense core; however, to their delight they were able to take a peek at its new-found irregular heartbeat. Dr. Hermes says; “These are highly energetic events, which can raise the star’s overall brightness by more than 15% and its overall temperature by more than 750 degrees in a matter of an hour.”

This is an exciting find as the Sun will only increase over the next 100 million years by about one percent. But what does it all mean?

To Cool to Keep the Rhythm

PG1149+057 isn’t alone in its irregular pulsation, Kepler has also located another dying star KIC 4552982 exhibiting the same behavior. Over the 2.5 years the spacecraft was focused on this star, it too showed the same erratic-type pulse rate. This is leading researchers to theorize that perhaps it is only the cooling process of a white dwarf that disrupts the regular rhythm of its luminosity. If this were true it could (in the words of Keaton Bell of the University of Texas at Austin) “be the key to revealing the missing physics in our pulsation theory.”

Scientists still have much to learn when it comes to our dying stars, but as long as Kepler and other spacecrafts are orbiting our Earth we are sure to discover many wonders.