Could a lunar radio telescope help capture radio signals in space? That is the proposal from a group of researchers at the Breakthrough Listen research program. These scientists believe that putting a radio telescope on the moon’s far side would significantly increase the likelihood of hearing ET radio transmissions. Who is Breakthrough Listen, what are their ideas to help us detect possible alien life?

According to the website, Breakthrough Listen is the largest ever scientific research program aimed at finding evidence of civilizations beyond Earth. It surveys the closest 1,000,000 stars to Earth. In addition, it scans the center of our galaxy and the entire galactic plane. Beyond the Milky Way, it listens for messages from the 100 closest galaxies to ours. (Breakthrough, 2020)

Breakthrough Listen recently proposed a SETI (Search for Extraterrestial Intelligence) radio observatory to the National Academy of Sciences’ Planetary Science and Astrobiology Decadal Survey. The advantage of such a telescope is that the Moon’s body would shield it from terrestrial sources of radio frequency interference (RFI). (SETI Berkley,2020) The idea of using the moon for radio astronomy is not a new concept. However, the opportunity to do so relied on the fact that up until now, the technology did not exist. Now, researchers say that a lunar SETI observatory is possible.

“The transportation infrastructure for getting to the moon is much cheaper than it’s been for the last few decades. Now it’s actually possible,” says Eric Michaud, an intern at the SETI Berkeley Research Center. “Maybe not today, but I think it’s going to get more and more feasible as time goes on.” Space X already has plans to make lunar transportation possible with its Starship spacecraft. 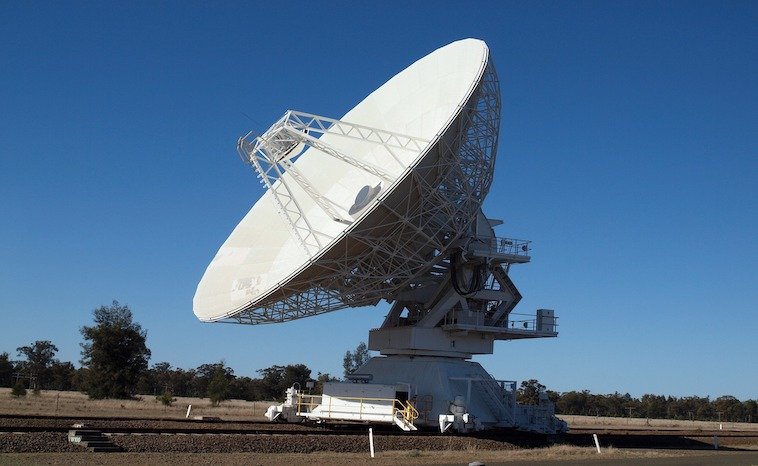 Researchers propose two main approaches to a lunar SETI observatory: an orbiter and a telescope on the surface. The SETI lunar orbiter would scan for signals as it flys past the lunar farside. As it comes back around, the collected data from the scans would relay back to Earth. On a positive note, the orbiter has the advantage of orbiting the full sky.

NASA discovered with its lunar orbiter missions in the late 1960s that the moon also acts as a natural shield. It blocks radio signals emanating from Earth. As the planetary astronomer, Phillipe Zarka, has put it, “the far side of the moon during the lunar night is the most radio-quiet place in our local universe.” It’s exactly the sort of peace you want if you’re searching for faint radio signals from solar systems that might be hundreds of light-years away.

However, once it comes to the side facing Earth, the moon cannot prevent Earth’s radio wave interference.

Hence, a lunar radio telescope with an observation center would be needed.

A radio telescope placed on the lunar surface has an immediate advantage over the Earth. First, the moon does not have an atmosphere to interfere with radio signals. Second, the moon has low seismic activity. Using radio waves to predict Earthquakes here on Earth is an advantage. However, when searching for alien life, it becomes a distraction.

What would it take to create a radio telescope on the lunar surface? Our next article will discuss scientists’ proposals for building a lunar radio telescope.