The wait is finally over this July when NASA launches its new Perseverance Rover to Mars. Read on to learn more where Perseverance will land.

NASA’s number one research goal when it comes to Mars is the search for life. Whether its life currently there now or living organisms from the past, NASA wants to know. This July, NASA will send its Perseverance Rover to the red planet on a search for life. In addition, it will also help prepare scientists for human explorers that will one day explore the red planet.

The countdown has begun for the launch of Perseverance between July 17 and August 5th. NASA plans to launch the rover from Cape Canaveral in Florida. The chosen launch vehicle is an Atlas V-541 rocket. Engineers chose this because it has the right liftoff capability for the heavyweight of Perseverance. If everything goes as planned, Perseverance should arrive at the Jezero Crater on February 18, 2021. NASA has four objectives for Perseverance to accomplish. 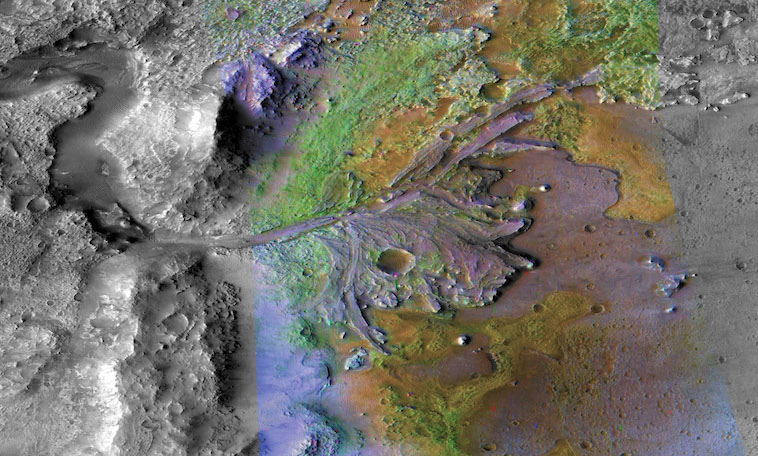 Why did NASA choose Jezero Crater? “The landing site in Jezero Crater offers geologically rich terrain, with landforms reaching as far back as 3.6 billion years old. As a result, that could potentially answer important questions in planetary evolution and astrobiology,” said Thomas Zurbuchen. He is the associate administrator for NASA’s Science Mission Directorate. “Getting samples from this unique area will revolutionize how we think about Mars and its ability to harbor life.”

Where is Jezero Crater?

Jezero Crater is a 28 mile wide (45-kilometer) crater located on the western edge of Isidis Planitia. Isidis Planitia is a giant impact basin just north of the Martian equator. Scientists chose this because it presents some of the oldest and most scientifically interesting landscapes Mars has to offer. The crater was once home to an ancient river delta. In fact, they believe it could have collected and preserved ancient organic molecules. Furthermore, microbial life may exist from the water and sediments that flowed into the crater billions of years ago.

NASA explains that Jezero Crater’s ancient lake-delta system offers many promising sampling targets of at least five different kinds of rock. These rocks include clays and carbonates that have high potential to preserve signatures of past life. In addition, the material carried into the delta from a large watershed may contain a wide variety of minerals from inside and outside the crater. (NASA,2020)

Landing the Perseverance Rover at the Jezero Crater will require an amazing amount of technology and some luck. However, this is not the first time they have used the technology to land a rover. In 2012, NASA successfully landed the Curiosity rover using a sky crane and rockets. Once it is down, Perseverance will begin its 687-day mission.