As NASA’s Curiosity rover completes its mission, NASA has plans to replace the rover with a newer model. Read on to learn more about NASA’s Mars 2020 Rover.

When NASA launched its Curiosity rover in 2011, it planned to have it collect data for two or three years. This year Curiosity celebrated its seventh year traveling all over the surface of Mars. It has successfully collected data revealing a mountain of data for scientists to sift through. However, the Curiosity rover has started to decline in its data storage efforts.

NASA announced this week that they are switching over to the backup computer inside Curiosity to correct the main computers data issues. Presumably, they believe that it will work and then they will switch the computer back on. However, they have no guarantees that it will turn back on. All things considered, it seems that Curiosity’s days of data collection are coming to an end. As sad as that may be, NASA has a planned launch of a new rover, Mars 2020, to take Curiosity’s place.

Using Curiosity as a base model, NASA designed a similar model with newer technologies and features on board. The goal for Mars 2020 remains the same as Curiosity. NASA plans to have the rover investigate the red planet for life. In May of 2018, Curiosity revealed methane gas deposits on Mars. That information led to much excitement in the scientific community. Why?

On Earth, methane gas comes from living organisms. Therefore, scientists concluded that Mars must have organisms living somewhere below the surface  The Mars 2020 rover will investigate a region that scientists believe will be favorable for microbial life. Throughout its investigation, it will collect samples of soil and rock. “About 30 of these sample tubes will be deposited at select locations for return on a potential future sample-retrieval mission.” (NASA 2018) At this point, the scientists here on Earth will have actual artifacts from Mars to conduct their tests. Meanwhile, with Mars 2020, scientists will benefit from the advancement of Earth-based technology. A lot has changed since 2011. 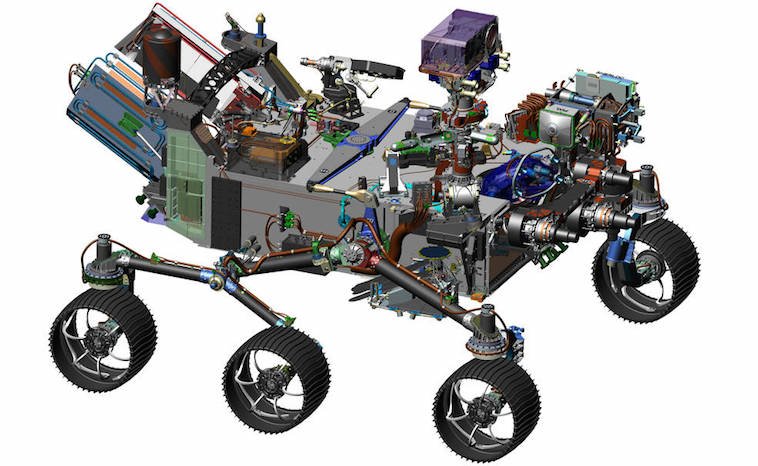 What new technologies has NASA placed on board Mars 2020?

Aside from learning more about the surface of Mars NASA wants to see if they can make oxygen. How do they plan to do that? Using their new Moxie system, they will see if they can produce oxygen from the carbon dioxide on Mars. A successful test will possibly mean manned space missions to Mars. Furthermore, they want to have ongoing manned trips to eventually set up space stations. The new rover will surely help in determining this plan by NASA.