What did the Mars rover Curiosity recently discover? Read on to learn more.

In 1976 NASA successfully landed Viking I on the planet Mars. The images it sent back astonished scientists. Not only did it show that weather conditions remained relatively constant, but windy daytime conditions slowed at night time. Soil samples detected magnetic particles, but they did not know exactly what else was in the soil.

Viking I and II brought back soil samples which scientists studied looking for life. Due to limited testing ability in the 1970s, they thought that the samples were without life. In 2006, they decided to run tests again using similar Earth components and decided that maybe their earlier findings were wrong. Life may have existed in the original samples.

Fast forward to 2011. NASA launches rover Curiosity to research further the surface of Mars. On June 7th, 2018, the journal Science published two articles about what Curiosity found. It appears that Curiosity may have found what scientists have suspected for a long time. The rover identified a variety of organic molecules in the rocks. These molecules may contain the carbon-based building blocks of life.

“These results do not give us any evidence of life,” stressed study lead author Jennifer Eigenbrode, a scientist at the Solar System Exploration Division at NASA’s Goddard Space Flight Center in Greenbelt, Maryland.

She goes on to say, “But there is a possibility that [the organics] are from an ancient life source; we just don’t know, And even if life was never around, they [the molecules] tell us there was at least something around for organisms to eat.”

Science also reports that Curiosity found methane gas in Mars’ atmosphere. Actually, it reported that the Methane cycles seasonally. What causes this seasonal change? Researchers hypothesize that the gas may come from underground reservoirs. On Earth, Methane gas is produced by living organisms. Do living organisms exist below the surface? In May of 2018, NASA launched the InSight spacecraft to dig deep into Mar’s surface. 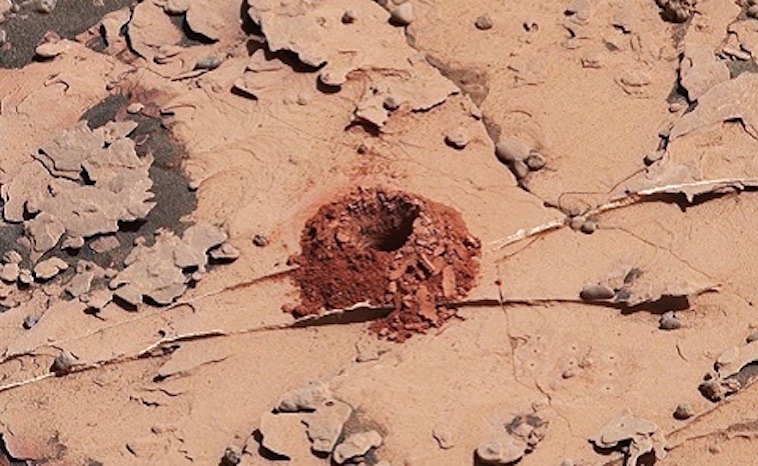 The lander’s instruments will allow scientists “to stare down deep into the planet,” said the mission’s chief scientist, Bruce Banerdt of NASA’s Jet Propulsion Laboratory. (AP NEWS May 2018)

Although methane can be produced by geological processes, it usually appears near living organisms.

“We cannot rule out the possibility that it was created biologically,” said study lead author Chris Webster, a senior research fellow at NASA’s Jet Propulsion Laboratory (JPL) in Pasadena, California. “We can’t say that it was, but we’re certainly not dropping that idea. So, in a sense, that’s positive for the astrobiologists in the world.” (Science, May 2018)

What will InSight discover as it digs deep into the surface of Mars? Scientists hope to uncover the mystery of the methane gas. Stay tuned for further developments in the search for life on Mars.