Mercury’s Mantle Has Been Silent for Billions of Years

We may be fond of gazing up at Mercury in the night sky, without much thought as to how this great planet came to be. But according to researchers, Mercury hasn’t had any volcanic activity for about 3.5 billion years, which plays a major role in its geological makeup.

By using an imaging system on NASA’s Messenger spacecraft, scientists concluded that Mercury has indeed had no volcanic activity for billions of years, so the crust that has been imaged, has been there for centuries.

There are two types of planetary volcanoes; explosive and effusive. The explosive is the type that makes the news by erupting with enormous plumes of dust, ash and debris. The effusive type is when the lava begins to pour out and move slowly across the landscape. This is the type that many researchers believe formed the crust of our solar system’s planets…Mercury is no exception. 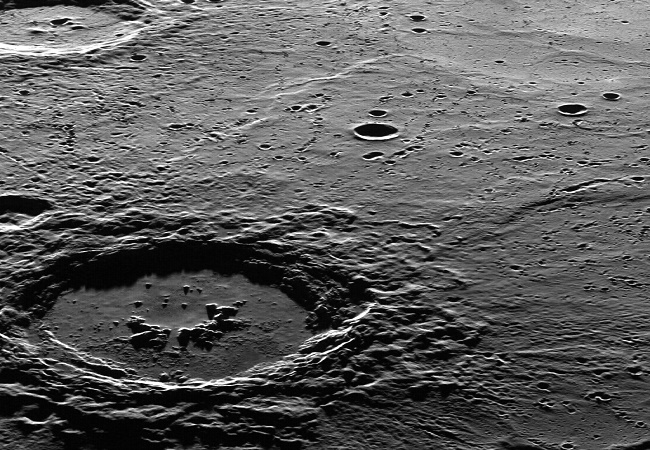 However, up until now we had no way to measure the duration of the effusive volcanic activity on Mercury as there has been no samples brought back to Earth for study. To combat this problem, researchers used a method that involves the size and number of craters on Mercury’s surface. This is called the crater size-frequency analysis. This mathematical model calculates the ages of the deposits on the planet.

In a press release, an assistant professor and planetary geologist at NC State, Paul Byrne, tells us that Mercury lost its heat much earlier than the other planets due to a much smaller mantle, which is where the radioactive decay produces heat. This resulted in the contracting of Mercury, so the “crust essentially sealed off any conduits by which magma could reach the surface.”

This new discovery now gives scientists a better idea into the geological formation and evolution of Mercury and other planets, as well as new insight into what happens when planets cool and contract.

We live in an exciting time when science can now identify with clarity so many fascinating facts we may never otherwise have known. Stay tuned for interesting facts about space and all it beholds

Want to have more fun? Test your Cosmic IQ. You may be surprised at just how much (or little) you know.