The James Webb Space Telescope keeps doing an amazing job! This time we will look at the photos this man-made wonder took of Saturn’s largest satellite, Titan.

Titan is an unusual satellite already in that it is the only one, apart from the Earth, to have liquid lakes, rivers, and seas on its surface!

That is why astrobiologists persistently hope and keep hoping that there is something alive in those waters. In fact, it is not water but ultra-cold hydrocarbons, ethane and methane, which are liquid at such extremely low temperatures as they exist on Titan. 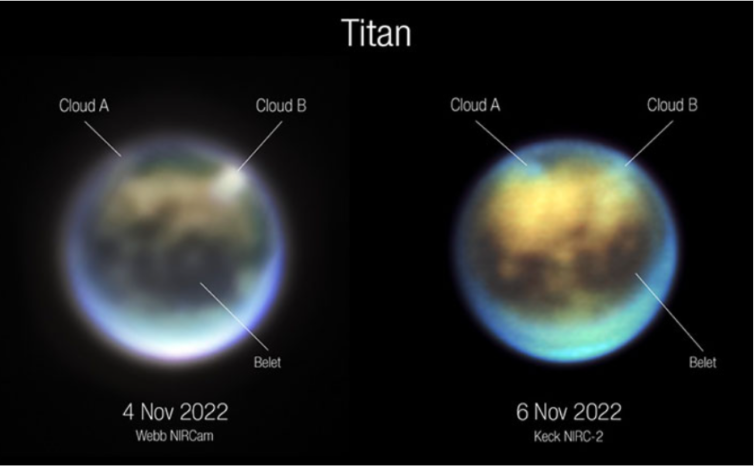 If there is life on Saturn’s largest satellite, we would already know that it is closer and that it is located in the place of, for example, the Moon. As it is, it is difficult and expensive to fly there. And the flight takes a very long time. 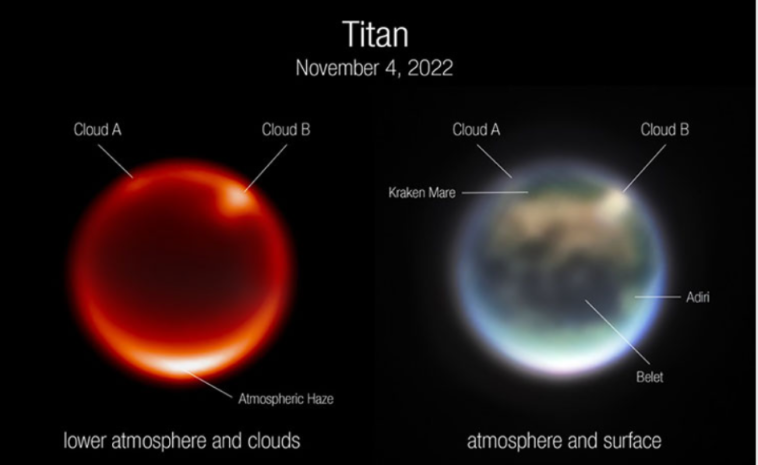 But all the same, scientists use every opportunity to observe it. And lo and behold, JWST turned its mirrors towards Titan and sent back these wonderful photos.

They were recorded using different filters to emphasize some details more clearly. In both pictures above we see seasonal clouds (in the northern hemisphere) and then the Beleta sand dune.

Meteorologists pay attention to the clouds and compare the observed condition with computer models.

Keep in mind that Titan is 1.5 billion kilometers away from us, but we still know even what the weather is like on it, roughly.

Fun to know: where do the sharp, pointed rays in the JWST photos come from?

When we look at the stars in the night sky, we don’t see any rays emanating from their centers, yet we often draw stars in such a way.

The interesting thing is that such rays do not exist at all – although they can be seen in photographs.

We probably draw them like this to emphasize the nature of stars that normally emit light rays. 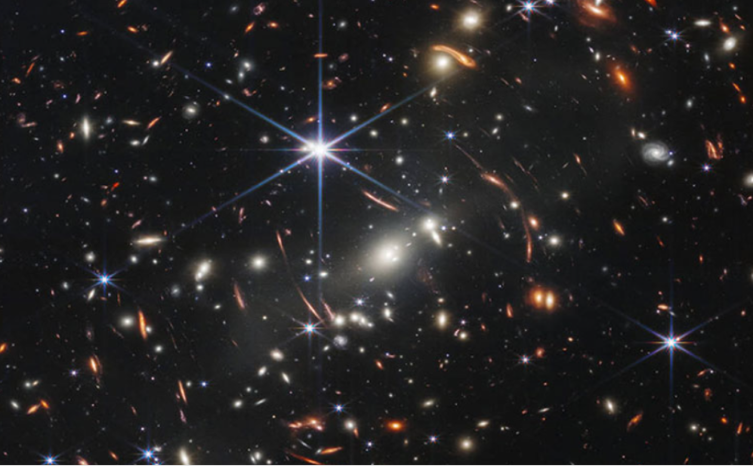 Let’s discuss why such spikes can be seen in the photos of the JWST (James Webb Space Telescope), but also in the photos sent to us by Hubble and some other telescopes.

The stars in the JWST photos have six clear long, sharp rays and two slightly weaker, horizontal ones.

All of them, according to current physics, are the result of light diffraction and they come to the fore especially in very bright stars.

The brighter the star, the more striking these rays will be.

The spikes are the result of the way the light from the impact star hit the large hexagonal mirror of the JWST telescope. This hexagonal mirror is composed of 18 smaller, also hexagonal mirrors, which are separated from each other by a thin space, so these spaces also create rough lines of light that appear inside the spikes.

Apart from this, in front of the large, primary JWST mirror, there is a smaller, secondary mirror that rests on three supports. 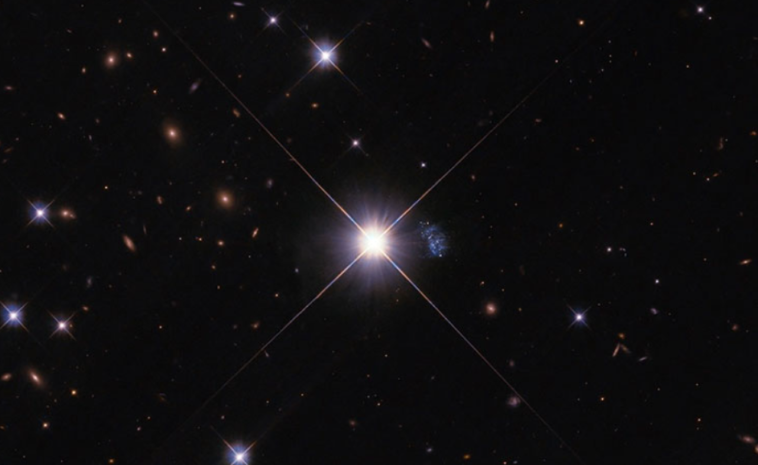 The Hubble telescope has four mounts, so in its photos we see different star spikes.

And one more thing. Pointed rays on stars are seen only on very bright stars, and as a rule, these are the ones that are closer to us. When you see stars with pointed rays in a photo of the deep sky – you can assume that they belong to our galaxy.

Speaking of, did you know that here at OSR you can name stars, so how about a tribute to the ones you love? Just follow the orange button below and make this holiday season extra stellar!