Have aliens left messages on Earth’s moon? Is there evidence of alien technology on the moon?  Read on to find out what secrets Earth’s moon may be hiding.

Harvard astronomer Abraham Loeb has put forth a theory that Earth’s moon may be a type of alien mailbox. In other words, aliens may have left messages or even technology on the moon for scientists to discover.

Specifically, he says that “the lack of a lunar atmosphere guarantees that these messengers would reach the lunar surface without burning up.” Loeb also argued that, since the moon has no geological activity, anything that may have hit the celestial body in the past “will be preserved and not mixed with the deep lunar interior.” Taken together and combined with the fact that the moon is 4.5 billion years old, the astronomer observed that the lunar surface serves as “a natural mailbox” containing all manner of materials, including some which could have come from aliens.

“In addition, the geological inactivity of the moon implies that the record deposited on its surface will be preserved and not mixed with the deep lunar interior. Serving as a natural mailbox, the lunar surface collected all impacting objects during the past few billions of years. Most of this “mail” comes from within the solar system.” (Loab, 2019)

Do the chemical paths needed for life exist on the moon? Loeb suggests that it may be more useful to look for these chemicals on the moon instead of millions of miles away. He states that similarities in chemical composition may exist between people and alien life forms. In addition, these life systems may have transferred through space. Either way, a lunar study shortcuts the need to send spacecraft on extremely long missions to visit other star systems.

Getting similar information from a trip to the nearest star system—Alpha Centauri A, B or C—would take nearly nine years round-trip. This implies that the length of the journey using the maximum speed allowed by nature. The speed of light is the only speed we can imagine being the fastest available at this time. Any part of the travel would occur in two parts. The first half would require reaching the target.

Further, the second half would have the return of information. With today’s chemical rockets, this journey would take about 100,000 years. This would be similar to the amount of time that has passed since the first modern humans began migrating out of Africa. Excavating the lunar surface for physical evidence of extraterrestrial life is dramatically faster. (Loab, 2019) 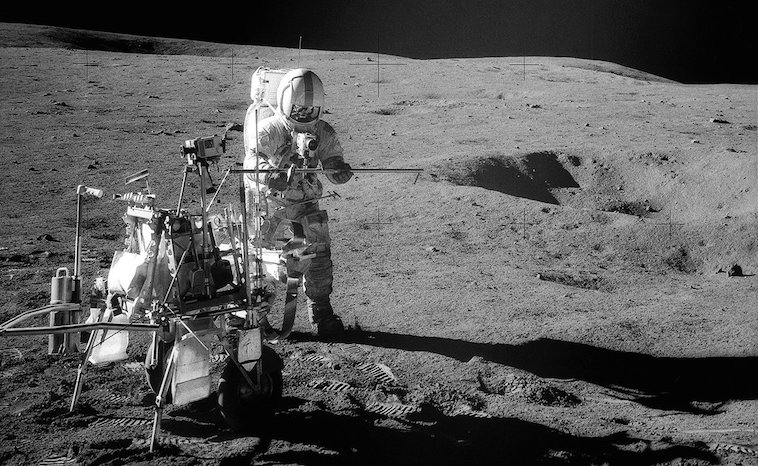 You Have Alien Mail?

Once astronauts start arriving on the moon and collecting more information, we will have a better understanding if alien “mail” exists. From the samples brought back from past lunar missions, scientists have not found alien matter. However, that does not mean that it does not exist on our moon. Astronauts may have missed alien messaging systems. The technology that astronauts had during the 1960s does not come close to the technology and resources they have today. Therefore, the possibility of finding alien messages stands a far greater chance with today’s technology.  Scientists believe there is an exciting opportunity for detecting biosignatures of extinct extraterrestrial life.

On Earth, the oldest microfossils, that lived about 3.4 billion years ago, were discovered in the Strelley Pool Formation in Western Australia. Could microfossils of extraterrestrial forms of life also exist on the moon? Could it be possible to find traces of technological equipment that crashed on the lunar surface a billion years ago? Would this equipment amount to a letter from an alien civilization saying, “We exist?”

It’s something that we hope astronauts and scientists will answer in the coming decades. Maybe we do have alien mail and do not know it yet.