On July 24, 1969, Apollo 11 returned to Earth. Did the astronauts return with germs from space? Read on to learn more about Apollo 11 Germ tests.

When astronauts travel into space, there exists a possibility that they may bring back germs from space. In 1969, when Apollo 11 cames back from the moon, they not only brought home themselves by lunar material as well. Neil Armstrong and Buzz Aldrin spent three weeks in quarantine or isolation the minute they returned to Earth. Aside from looking for germs on them, scientists were also interested in seeing if germs existed on lunar material.

Scientists did not want to risk spreading any type of virus from the moon onto Earth. The effects of some kind of spread could kill thousands of people or more. They wanted to be sure that everything was safe before releasing the astronauts back into society.

Mice played an essential role in determining what germs came back with the astronauts. Scientists injected them with lunar material. Then everyone waited. If the mice did well, then the astronauts knew they would be released on time. Each day that passed the astronauts inquired as to the health of the mice. 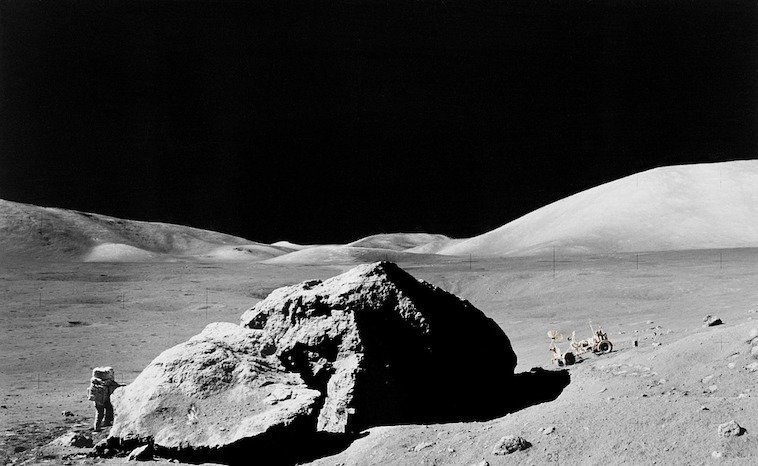 In addition to the mice, scientists also chose other representative species. These species included Japanese quail to represent birds, a couple of nondescript fish, brown shrimp and oysters for shellfish. Furthermore, they included German cockroaches and houseflies for insects, and more.

How did they get the lunar material into the animals? Scientists ground everything to dust, half of which they baked to sterilize and half of which they left as it was. Each animal received a specific portion of the material. For example, mice and quail got the lunar sample as an injection. Insects had the sample mixed into their food, and aquatic animals had the moon dust added to the water they lived in.

For a month, the scientists observed the animals. The cockroaches did fine. Everything did well except for the oysters. However, scientists believed that the oysters might have died because of other reasons.

“The results of these tests provided no information that would indicate that the lunar samples returned by the Apollo 11 mission contained replicating agents hazardous to life on earth,” reported the scientists.

NASA also worked with the U.S. Department of Agriculture (USDA) to test plants for any adverse reactions to lunar material. Scientists grew seeds in lunar soil. They tested tomatoes, tobacco, cabbage, onion, and fern. Some of these plants grew better in the regolith than in the sand scientists used as a comparison.

What conclusion did scientists reach?

“They didn’t find any microbial growth on the lunar samples, and they didn’t have any microorganisms that they at least initially attributed to any extraterrestrial source or lunar source. And the crew didn’t have any signs of infectious disease, and all the rodents survived the exams, so everybody did well,” said the scientists.

After Apollo 14, in 1971, the agency stopped testing animals and ended the strict quarantine procedures for astronauts returning from the moon. It appears that lunar material is safe on Earth.