Will Our Sun Go Black Dwarf?

Will our sun become a black dwarf? Stars like our sun do not have enough mass to become neutron stars. They expand to become red giants and then shed their outer layers until their core remains. That is when they become a white dwarf. They cool down because they don’t have fusion reactions. Once this happens, they become black dwarfs.

Currently, the universe does not have any black dwarfs? This is because it takes hundreds of billions of years for a white dwarf to lose its light. Scientists calculate the age of the universe at 13.8 billion years. Even the oldest white dwarfs still produce light while they burn at several thousand degrees kelvin. The kelvin is often used as a measure of the color temperature of light sources. Colour temperature is based upon the principle that a black body radiator emits light with a frequency distribution characteristic of its temperature. Black bodies at temperatures below about 4000 K appear reddish, whereas those above about 7500 K appear bluish. 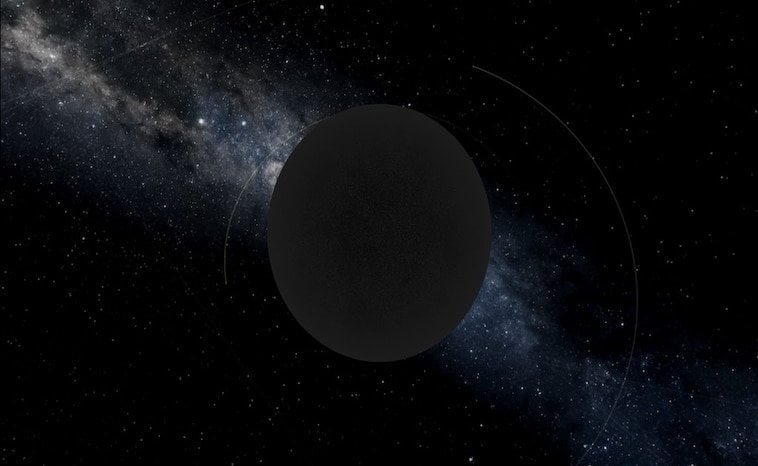 It will take our sun a quadrillion years or 1,000 trillion to cool down to become a black dwarf. What happens to the Earth when the sun becomes a black dwarf? Scientists say that everything in our solar system will go dark. After one week without the sun, the Earth’s temperature would drop to 0 degrees Celsius. Furthermore, one year later, the Earth’s temperature would cool to -100 degrees Celsius.

However, people would not exist to see this drastic cooling temperature. Why? Prior to reaching the black dwarf stage, the sun would cycle through all of its lifespans. The sun is classified as a G-type main-sequence star, or G dwarf star, or a yellow dwarf. The sun is white but appears yellow through Earth’s atmosphere.

Stars generally get bigger as they grow older. In about 5 billion years, scientists think the sun will start to use up all of the hydrogens at its center. The sun will grow into a red giant and expand past the orbit of the inner planets, including Earth. When this occurs, the Earth will burn.

What happens to the other planets? They will continue their path around the sun. At this point, the black dwarf sun will have shrunk to the size of the Earth. Its mass would stay the same, and so would it’s gravitational pull. The universe itself would not even notice the change. The light from our sun does not have enough shine to impact the universe. The only way that the universe would see a change would be if all the suns went to the black dwarf stage at the same time. However, this seems highly unlikely since scientists seem to discover new solar systems all the time.

With the age of the universe currently at 13.8 billion years, imagine how long it will take to get to 13.9 billion years. The time frame of the sun changing into a black dwarf seems almost too much for our brains to comprehend. Even at 5 billion, when it starts to puff up into a red giant, we won’t see that either. For today, let’s focus on our fantastic sun and how wonderful the Earth remains due to its warmth and light.

Name a star now! - Will Our Sun Go Black Dwarf?