What happens to your body if you visit space without a spacesuit? Read on to learn more.

Astronauts wear highly specialized space suits in order to combat the extremes in space. The Earth treats our bodies with great care. It provides oxygen, gravity, and protection from the harmful effects of the sun. We thrive on Earth and do not often think about trying to sustain ourselves on another planet. Scientists have studied the impacts of space in order to design an astronaut’s space suit. Even with a special suit, the effects of space are still felt on them. What would happen though if the suit failed? How long would an astronaut have to survive?

During the spacewalk of Alexi Leonov in 1965, an incredible event happened that almost cost him his life. His spacesuit had in essence failed and expanded in the vacuum of space. With some quick thinking, he managed to get back into his spacecraft and survive the mission. What would happen though if he did not have a spacesuit at all? Since space does not have oxygen you would probably think to hold your breath. However, this will not help.

Think of a vacuum cleaner. It reduces air pressure by about 20% which causes the suction. By reducing the gas (oxygen), it creates a higher pressure. In space, the gas is decreased significantly, therefore, creating a vacuum. Without a spacesuit, oxygen will be sucked out of your body. Any oxygen left in your lungs would expand and rupture them. 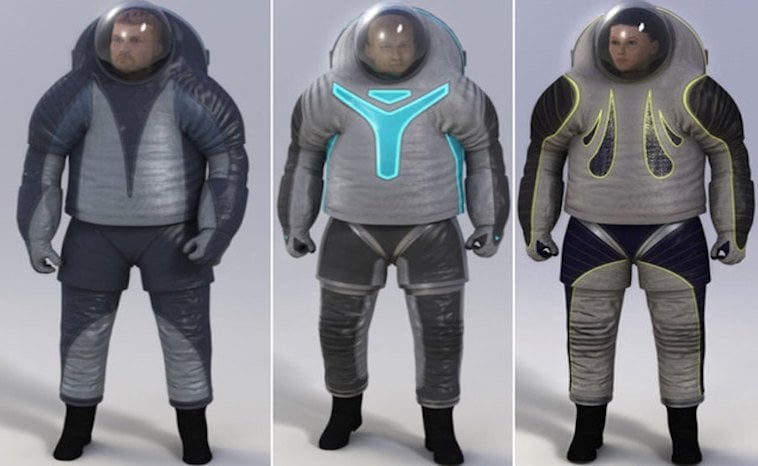 Without air pressure, you will experience ebullism.

“Ebullism is the formation of gas bubbles in bodily fluids due to reduced environmental pressure.”

What does this mean exactly? The pressure in the vacuum of space is so low that the boiling point of the fluids in your body decreases below the body’s normal temperature (37oC). This results in the formation of gas bubbles in your fluids. Consequently, your body could swell to almost twice its size now. This is the same effect divers face when coming to the surface of the water after diving a deep distance. Divers refer to this as decompression sickness or the bends. Will you explode? Scientists believe that you will not explode because your skin is very elastic.

Our atmosphere does a great job protecting us from radiation and ultraviolet rays of the sun. Of course, you still need to protect your skin with sunblock, but for the most part, we are well protected. In space, sunblock will not help you at all. The unfiltered cosmic radiation would cause severe sunburn, but you would not be conscious enough to notice really. Scientists believe you have 1-2 minutes before you completely succumb to everything happening all at once.

If you do die in space, your body will not decompose like the way we see here on Earth. Space does not have oxygen, therefore, body decomposition is different.  A heat source would cause your body to mummify. Otherwise, it would freeze. If your body was sealed in a space suit, it would decompose, but only for as long as the oxygen lasted. Whichever the condition, though, your body would last for a very, very long time without air to facilitate weathering and degradation. Essentially, your body would drift through space forever.

With good research and training, we have not lost any astronauts on a spacewalk. Their protective suits have kept them safe. Remember to take your suit with you the next time you visit.