Imagine planning and training for years to travel into space. Rigorous tests of endurance in both mental and physical areas tests the limits of brave men and women. In 1965 Russian cosmonaut Alexei Leonov flew into space aboard Voskhod-2. He had spent the prior 18 months in weightlessness training to become the first man to walk in space. A mission that should have been routine took a severe turn for the worse when he left the spacecraft.

A Walk in Space

When Alexi Leonov flew into space aboard the Voskhod-2 spacecraft, he hoped to become the first man to walk in space. On the morning of March 18th, Alexi Leonov left the confines of Voskhod-2 tethered to a 5.35-meter line. He entered into space and became the first man ever to do so. What happened next, no one could have predicted. After taking pictures to document the walk, he realized that his suit had expanded in the vacuum of space. As a matter of fact, his body temperature rose to 1.8°C, and he was on the verge of heatstroke. The situation became dire, and Leonov had to make a quick adjustment. Fighting past the complications of sweating his boots had come off as well as his gloves. How would he get back through the 1.2 meter opening of the spacecraft door? 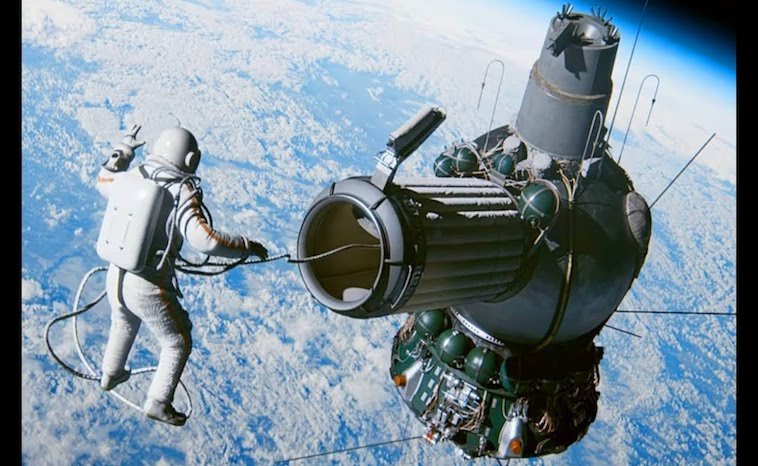 After Alexei Leonov realized that the vacuum of space prohibited him from re-entering his spacecraft he knew he had to act quickly. In addition to sweating profusely, his gloves and boots had started to come off his body. To shrink the suit he opened the valve on his suit to release oxygen. This allowed the suit to fit through the 1.2-meter opening. The unplanned depressurization of the suit almost gave him the bends. A condition that scuba divers get if they return to the surface of the water too quickly. Once safely back inside the spacecraft, his problems did not end. Next, the craft was sent into a spin and oxygen levels rose to dangerous levels. Consequently, the Vokshod-2 suffered a major malfunction during re-entry due to the fact that the auto-entry system failed to fire retro-rockets. Their spacesuits prevented them from getting back to the center of the craft which sent it hundreds of miles off course. Furthermore, the spacecraft tumbled along and finally crashed.

After surviving a moonwalk that almost killed him, Alexei Leonov barely survived his crash landing back to Earth. The spacecraft he was in tumbled through re-entry and landed hundreds of miles off course. Alexei and his co-pilot landed in a heavily wooded forest. From here on his survival training with the military would save them. Bears and wolves surrounded them and were not happy that humans had come along at the height of mating season.  Furthermore, the spacecraft dropped them in the middle of a thick forest during a snowstorm.

With the hatch opening upon landing, Alexei and his partner were exposed to a severe storm and subzero temperatures.  At the same time, the electrical system malfunctioned, leaving them without heat. After two days spent in the wilderness, a rescue team found them. The next day they skied several kilometers back to civilization.

Today, Alexei Leonov spends his time writing and painting. He has received several commendations for his record-setting spacewalk. A crater on the far side of the moon is named for him.