The Goddard Space Flight Center was created to understand Earth by learning more about space. Read on to learn more about its operations and missions.

The 1950s saw a competition between the United States and the Soviet Union to conquer space. The Soviet Union had successfully launched Sputnik, a low Earth orbit satellite, in 1957. This prompted a response from the United States government to form the National Aeronautics and Space Act of 1958. It was within this act that the National Aeronautics and Space Administration (NASA) was created.

Before the creation of the act, much of space exploration was conducted by the military. However, it appeared that the military could not or did not have the resources to compete. The Act resolved this lack of resources by transferring space research and exploration to civilian agencies with government oversight. Further, it required military involvement and the exchange of information.

The Act’s number one objective was to expand human knowledge of phenomena in the atmosphere and space. In order to reach this objective and many others, NASA created the GSFC. 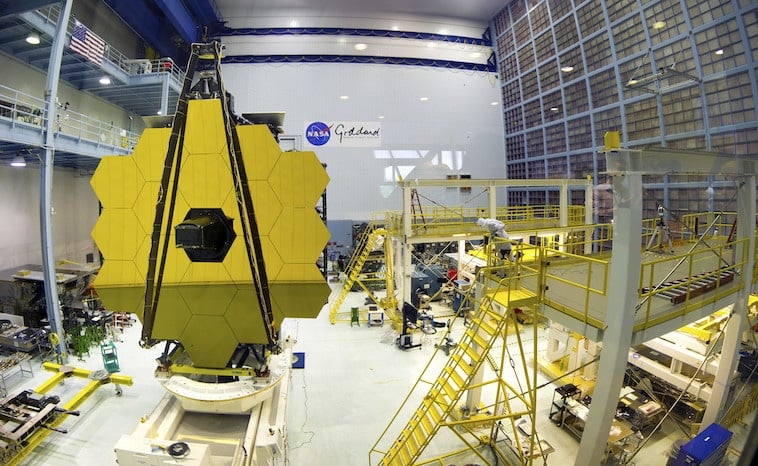 The doors to the GSFC’s Building One opened by September of 1960 in Greenbelt, Md. It took nearly three years of planning to move 157 employees from the United States Navy’s Project Vanguard to the center. These scientists and engineers dedicated themselves to increasing knowledge of the Earth. In addition, they worked on numerous missions aimed at the exploration of the Solar System and the Universe.

Goddard Space Flight Center contributed to Project Mercury, which became the first American manned space flight program. This program ran successfully from 1958 through 1963. As a result, more money and additional jobs were added. Today, GFSC employs nearly 10,000 civilians and contractors. It remains the largest employer of scientists and engineers in the United States dedicated to Earth and Space.

The GSFC has several areas that it directs. These areas include,

Each year Goddard scientists review ideas and submissions from astronomers and scientists all over the world. For example, if they believe a submission warrants development, it awards contracts to these projects. In addition, projects that move forward after review can utilize Goddard engineers and technicians. Goddard engineers can design and build the spacecraft for that mission.

The list below offers a small portion of what the GFSC manages.

Furthermore, Goddard manages communications between mission control and orbiting astronauts aboard the International Space Station. Many Goddard projects support other organizations. For example,  they work with the US Geological Survey and the National Oceanic and Atmospheric Administration (NOAA). Their work with the NOAA involves the Geostationary Operational Environmental Satellite (GOES) system that provides weather predictions.

According to its website, Goddard works with many types of professionals. “NASA’s Goddard Space Flight Center has a variety of opportunities for scientists, engineers, technicians, and other professionals that range from student to senior career levels.” (NASA, 2020)

Students interested in a career at Goddard may also apply for one of many internship programs. What once started as a creation to compete with the Soviet Union, the GFSC has turned into a worldwide peaceful program toward space exploration.