NASA sees solar flares, sunrises, eclipses, and other marvels in space. It also sees some things that are hard to explain. Read on to find out about NASA strange space encounters.

Movies, books, and television shows have flooded the media with stories of UFO’s and aliens. Once in awhile, random stories appear where pilots report seeing “strange space encounters and unexplained objects”  while flying. However, with so much time looking at the universe since the inception of the space program in the 1950s, what has NASA seen?

On February 20, 1962, John Glenn, a World War II veteran, was sent into space on the first-ever orbit of Earth by an American. Five minutes after reaching low-Earth orbit, Glenn tells mission control about tiny lights that are filling his field of vision. “I’ve never seen anything like it; they are coming by the capsule, a whole shower of them coming by. They swirl around the window and are brilliantly lighted,” says Glenn. Skeptics believe that Glenn was under stress from the initial launch and imagined the “fireflies” outside his window. Space historian James Oberg disagrees with the skeptics. In an interview, he explains that astronauts are trained to deal with stress and function under high-stress situations.

Story Musgrave, an astronaut from the Space Shuttle program, believes what Glenn saw was ice particles. He states that as they go further out from the spacecraft, they rotate. Consequently, as they rotate, they pick up the light from the sun and appear to turn on and off like fireflies. 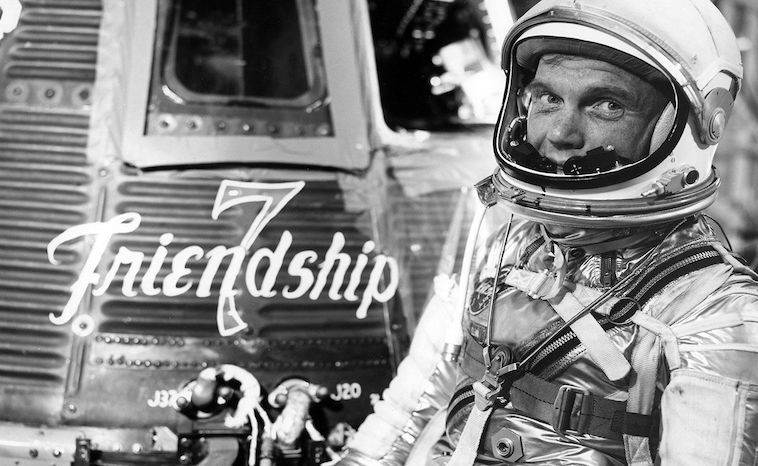 With each discovery in space, scientists believe more and more that life does exist in space. They think that many indicators have led to this conclusion. Finding planets similar to Earth in the Trappist-d system, or water beneath the icy surfaces of Europa has them hopeful of life existing in the universe. One picture taken by the Hubble Space telescope comprises three hundred trillion stars. Many believe with this large number, that alien life is a certainty and responsible for strange space encounters.

On June 4, 1965, astronauts Ed White and James McDivitt were on a mission called Gemini 4. Their job was to perform the first space walk. Ed White did the walk while James McDivitt watched from inside Gemini 4. The next day, Ed White slept while passing over the Pacific Ocean. James McDivitt spent the time looking outside the window of Gemini 4. All of a sudden, he sees something unexplained and contacts mission control. Mission control logs his description, “It had long arms sticking out of it. I only saw it for a minute and got some pictures of it with the movie camera.” NASA and NORAD (North American Aerospace Defense Command) look for objects near the Gemini 4. They spot one man-made object, which appeared over 12oo mile away.

Skeptics believe that McDivitt saw his booster. McDivitt denies that and says he knows it was not that. Historians believe he saw a spy satellite. During this time, satellites were being launched by other countries to conduct spy missions. NASA claims that no secret satellites were in the area. June 7th, the Gemini capsule returned to Earth and investigators looked at the film that McDivitt captured. Unfortunately, after viewing the film for four days, they said that he did not capture anything in the film. McDivitt stands firm in his claim that he had a strange space encounter.