Spelunking Caves on the Moon

Exploring caves can be very exciting? Have you ever been in a cave? Japenese Scientists believe they have found a large cave on the moon. Read on to learn more about what they have found.

Have you ever been inside a cave? Spelunking is a term we use to describe exploring a cave. The Son Doong cave in Vietnam has recently been named the biggest cave in the world. It’s over 5.5 miles long, has a jungle and river, and could fit a 40-story skyscraper within its walls. Nobody knew it existed until six years ago. Meanwhile, the deepest cave on Earth is located in the country of Georgia.  It became the deepest-known cave in the world in 2001 when the expedition of the Ukrainian Speleological Association reached a depth of 1,710 m (5,610 ft).

Cave on the Moon

Japenese scientists have announced the discovery of a cave on our moon. As a result, they hope to one day turn it into an exploration base for astronauts. Using a radar sounder system that can examine underground structures, the orbiter first found an opening 50m (164 feet) wide and 50m (164 feet) deep. No doubt prompting speculation that a larger hollow may exist. After exploring further they discovered a chasm 50km (31 miles) long and 100m (328 feet) deep. 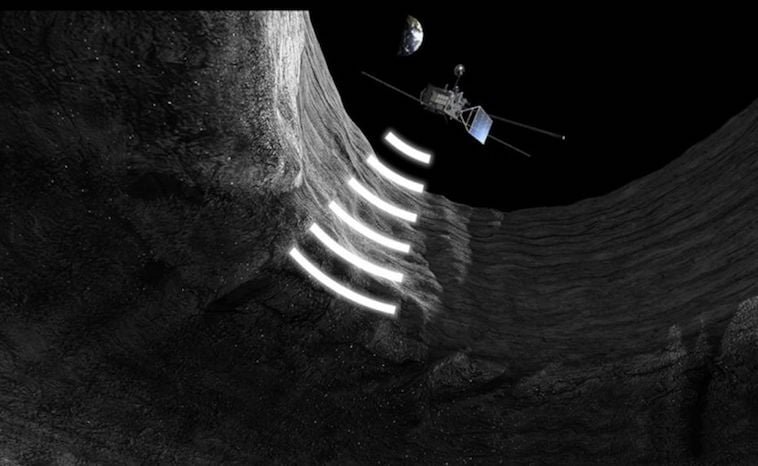 Based on radio wave information the cave appears to have structurally sound walls. They believe the rocks may contain ice or water deposits. These deposits may turn into fuel for astronauts. Located beneath a volcanic area known as the Marius Hills the cave may have formed as a long tube during volcanic activity.

Lunar tunnels may have formed as molten rock flowed beneath the moon’s crust. On Earth, lava flowing beneath a solid crust creates lava tubes, which remain even after the molten rock drains away. The same process could occur on the moon. Therefore, lava tubes “might be the best candidate sites for future lunar bases, because of their stable thermal conditions and potential to protect people and instruments from micrometeorites and cosmic ray radiation,” said Junichi Haruyama, a senior researcher.

Protection from the Elements

During a day on the moon, the surface can reach temperatures of up to 253 degrees Fahrenheit. On the other hand, at night, the temperature can drop to 243 degrees below zero. The lack of atmosphere also means the moon’s surface is susceptible to dangerous solar flares reaching the surface. A sound structure like this may provide a base for astronauts and their equipment. Not only would it protect them from extreme temperatures but from the radiation of the sun’s ultraviolet rays as well.

With the discovery of a lava tube structure, the dream of putting astronauts on the moon for long-term research and development may come to fruition. Scientists have speculated for years about the possibility of these tubes and it appears they do exist. Countries such as the United States, Russia, and China hope to have their astronauts on the moon by 2030. It will be interesting to see who gets there first and sets up a station. Hopefully, these countries will come together and work out a system similar to the ISS. It would be beneficial to everyone in the space program to explore the moon caves together.