Did you know there are giant blobs in outer space? Lyman-Alpha blobs are some of the most rarest, yet fascinatig occupants of space that scientists have ever seen.

Let’s explore these mysterious blobs to discover what they are all about.

Of course, space blobs are not like “normal” blobs of goo or slime. These blobs are made up of giants clouds of hydrogen that can span hundreds of thousands of light-years across.

Astrophysicists have been trying to figure out what exactly is going on inside these mysterious anomalies for many years. With the help of several high-tech telescopes they now have a better idea. 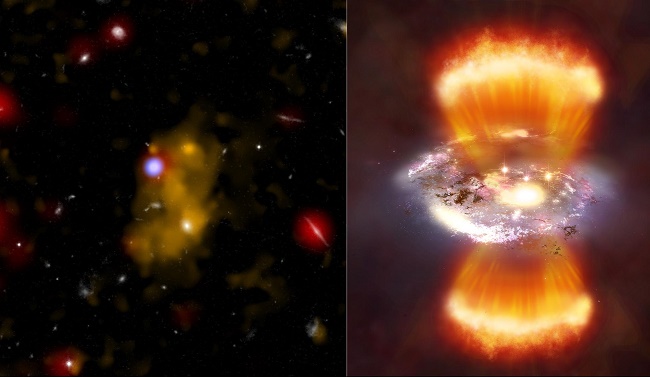 What’s Inside that Blob?

The first space blob to be discovered is the SSA22-Lyman-Alpha Blob. It is located a whopping 11.5 billion light-years away. This far-away blob revealed many secrets researchers have been looking for over the past decade.

LAB01 spans 300,000 light-years across and thanks to some high-powered telescopes they were able to see that inside this big brute, there are actually two younger galaxies colliding. This blob is also producing stars at 100 times the rate of our Milky Way. 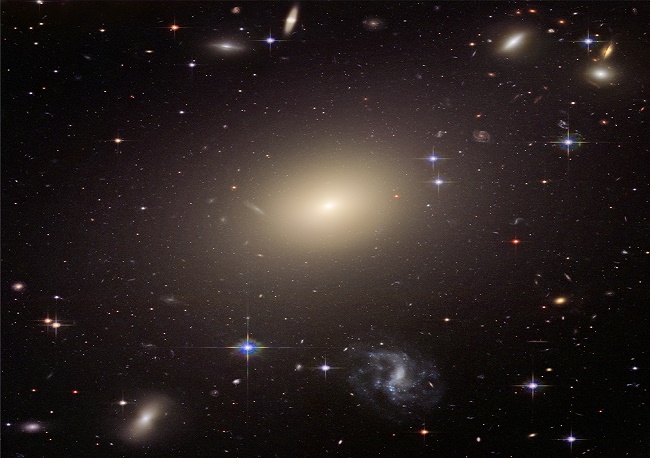 One of the researchers on the team predicts that these two smaller galaxies will eventually merge into one large elliptical galaxy. However, he thinks this may take some time…a long time (over a few billion years).

Even within these two galaxies there lies two smaller galaxies. They range in size from 3,000 to 6,000 light-years across. These little sister galaxies are also churning out new stars at a very fast rate. Scientists believe this could be adding to the merging-rate of the entire blob.

Since all these galaxies are churning and working to make baby stars, the central galaxies emit lots of UV light. This light then bounces off of the surrounding hydrogen gas clouds, which produces an eerie glow. It’s like when there is lots of fog surrounding a street light.

More Work to Be Done

There is still a lot of research and work to be done to find out exactly what these space blobs entail. But one thing is for sure, we are going to be amazed at all the mysteries they hold.

>Want to read more cool articles? Check out ‘Let’s Explore the Galaxies.’  It’s out of this world!