Do you ever look at an inanimate object and try to see something familiar? For example, you look at the clouds and see elephants, turtles, or mountains. This is a technique your brain uses called Pareidolia. Read on to learn more about Pareidolia and objects found in space.

Did Mar’s Curiosity rover find evidence of an ancient civilization once living upon the planet? Were alien children visiting Mars and drop a toy? In recent weeks a rock depicting the head of an Egyptian woman has sparked controversy over the internet. NASA released photos from the Mar’s Curiosity rover and Joe White, who has a Youtube Channel, noticed the strange image. He concluded that this object was a statue on Mars. “I have found what looks like to be a small feminine looking statue head on Mars in Gale Crater in this latest Curiosity Rover picture from NASA,” said Joe White.

A Case For Aliens?

Is this a true indication of Alien existence? Or only our desire to make something out of nothing. Another explanation may fall under the description of Pareidolia. Pareidolia is a psychological phenomenon in which the mind responds to a stimulus, usually an image or a sound, by perceiving a familiar pattern where none exists. Pareidolia can cause people to interpret random pictures, or patterns of light and shadow, like faces.  Cognitive processes are activated by the “face-like” object, which alerts the observer to both the emotional state and identity of the subject. This happens even before the conscious mind begins to process or even receive the information.

Aside from the Egyptian statue on Mars, other objects have caused people to react the same way. In 1976, NASA’s Viking 1 snapped a picture on the surface of Mars that created a similar hysteria in the scientific community. A few days later NASA unveiled the image for all to see. The caption noted a “huge rock formation … which resembles a human head … formed by shadows giving the illusion of eyes, nose, and mouth.” The authors reasoned it would be a good way to engage the public and attract attention to Mars. (NASA.Gov) 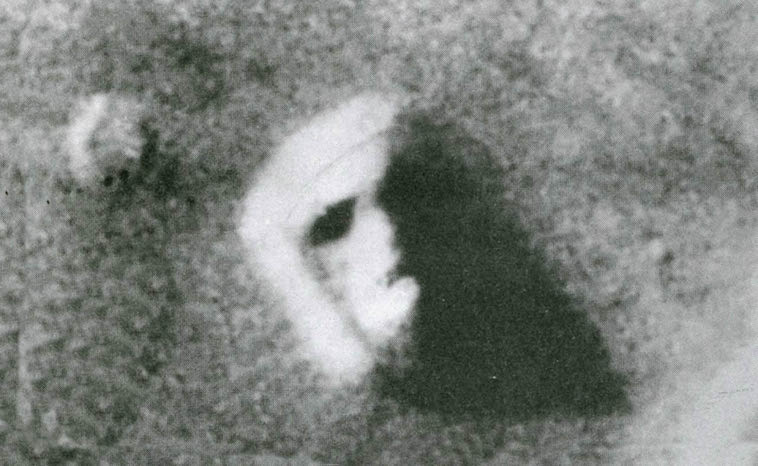 In 2001, Mars Global Surveyor returned to get a closer look at the “face.” They discovered that rocks formed the imaged and not a case for alien life. “What the picture shows is the Martian equivalent of a butte or mesa — landforms common around the American West.” (NASA.Gov)

The Happy Face Crater, also known as the Galle, originally discovered in the late 1970s in pictures taken by the Viking Orbiter. This shot was made by the Mars Global Surveyor aircraft in March 1999. 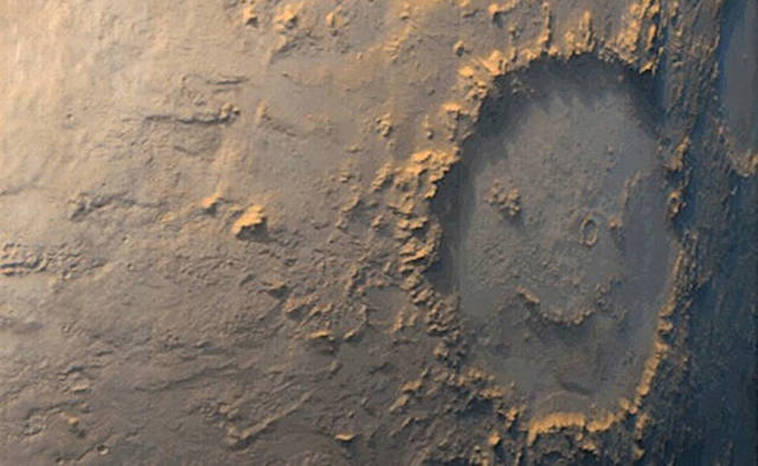 An elephant-like lava flow in Mars’ Elysium Planitia region. Photographed by the HiRISE camera on Mars Reconnaissance Orbiter on March 2012. 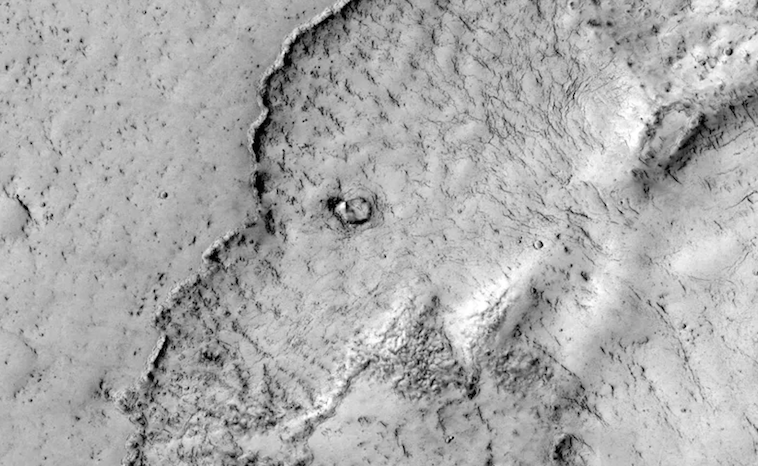 Pareidolia in Art, Rocks, and Shadows

In his notebooks, Leonardo da Vinci wrote of pareidolia as a device for painters. He said that walls that spotted with various stains might help develop a scene with various landscapes. Furthermore, rock formations after years of weathering can create illusions of faces and animals. In fact, many people report seeing shadow figures, or shadow being or black masses. This can often attribute to pareidolia.

The next time that you look at an object and see a face or an animal remember that this is the way your brain is trying to make sense of the object. It is a natural phenomenon and one that science has proven to exist.